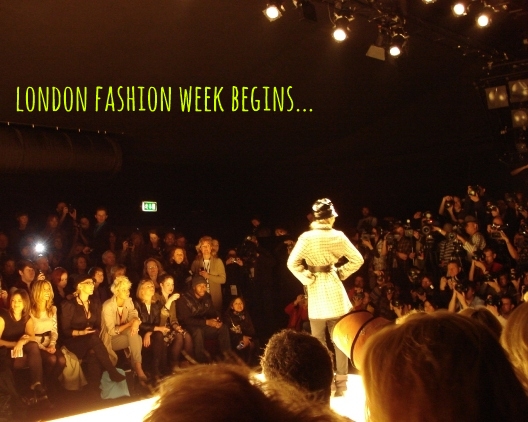 london fashion week begins today, and the west end will once again become a mecca for perfectly groomed models and fashionistas, teetering across covent garden’s cobble streets in staggeringly tall heels, clutching their starbucks skinny lattes, jittery from too much caffeine and too little sleep. i exaggerate, of course, but if one of these fashion savvy ladies were to ask me, i’d recommend skipping the coffee, and heading to light bar at saint martins lane hotel, for a much-needed pick-me-up between shows.

a few weeks ago i invited along to a little preview of the hotel’s new front row cocktail menu prepared in honour of fashion week; an array of colourful and flamboyant cocktails packed full of flavour but light on calories; every cocktail is less than 180 kcal (fantastic! unless you taste test them all, as i did…) 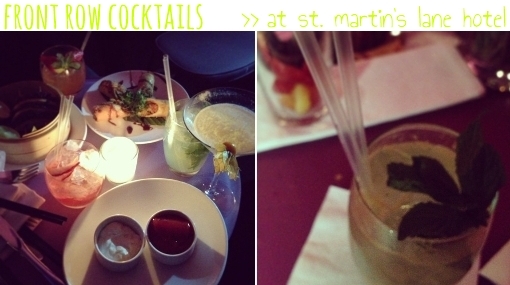 from what i can remember of my extensive tastings (!), my favourites were the $10,000 breakfast (vodka infused with jasmine and clove, créme de pêche, lemon juice, sugar syrup and egg whites), size zero hero (tequila with muddled strawberries, earl grey tea, agave syrup and orange bitters), and plum a la mode (muddled fresh plum, maraschino cherries, appleton rum shaken with lime juice, plum wine and agave syrup), plus there is also an incredibly virtuous sounding carrot martini, which i can assure you tastes better than it sounds!

as i say, much better than a non-fat, non-whip, sugar-free, yada yada yada… 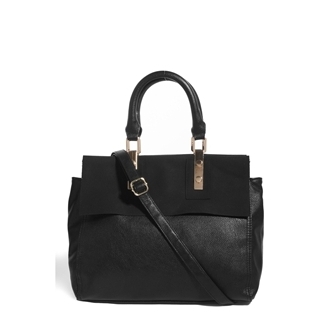