getting wiggy with it 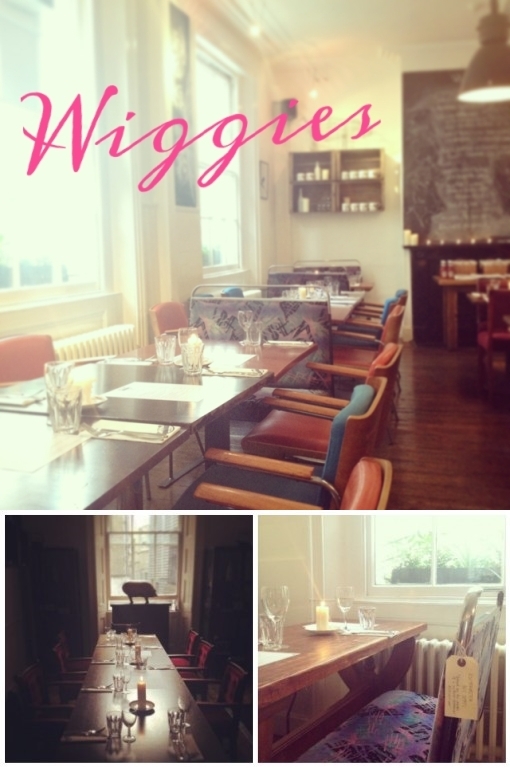 on tuesday evening i was invited along the launch of wiggies, a porky-lovin’ pop-up restaurant by lucy hambro, piggy-backing at the rising sun pub near st. paul’s. as regular readers know, i’m a bit of a bacon-lover so naturally my taste buds were raring to go and excited for the flavour-fest that was to ensue!

the menu features pig, pig and more pig (as you would expect) but with subtle influences from india and the east, courtesy of head chef flora kileary, who has come over to london especially for the pop-up. her extensive knowledge of eastern cuisine has infused the dishes with exotic charm, and finger-licking delights on the menu include “the pignature dishes” of tibetan pork shoulder momos with spicy tomato chutney, keralan style pig puppa crispy pork belly square with spiced lentils and roast asparagus and percy pig rhubarb parfait with freeze dried raspberries and raspberry syrup. 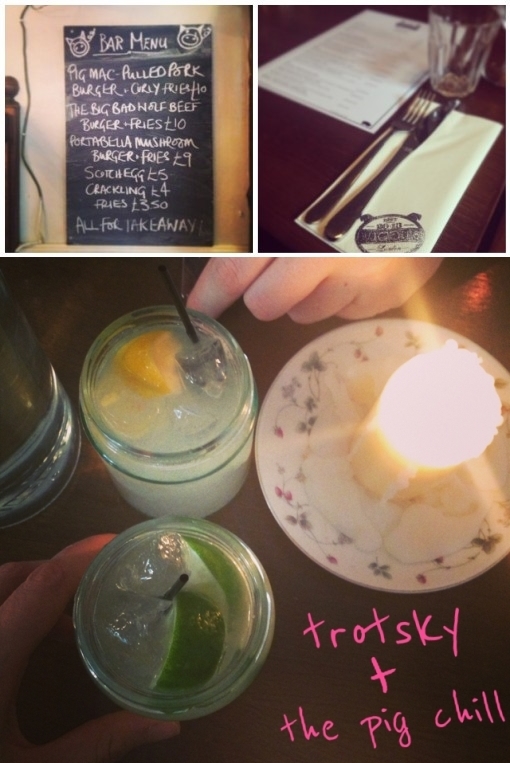 at the launch event i was treated to a delectable 4 course ‘nose-to-tail’ dinner consistign of: black pudding cappuccino (confusingly served in an espresso cup, but don’t let that deter you!); ham hock terrine with crackling dusted butternut squash and crispy pigs ear, served with a delicious rhubarb relish with spicy kick; seared scallop with hot smoked pork belly and ham hock, with asparagus and peas (who knew to pair scallops with pork – i do now!); and finally, an apple and cardamon pork fat crumble galette with fragrant mango lassi sauce.

all the dishes were light and flavourful, and not at all overpoweringly “piggy” as i had feared. i’d also been concerned about eating the pig-parts i wouldn’t usually touch with a bargepole, but the black pudding cappuccino was a delightful meaty-flavoured broth, and the intriguing pairing of scallops with hot smoked pork belly was inspired. always a fan of the sweet and salty combinations, i also loved the dessert with it’s hint of piggy fat underlining the cardamon – remember these maple bacon cookies i made last august?

even the cocktails were piggy inspired; after knocking back the complimentary te’squeelers (made gold tequila, jamaican ting and lemon – geddit?) i opted for a trotsky (vodka, lime, ginger beer & cucumber) while my dining companion chose the pig chill (gin with lemon juice & ginger beer), both served in retro-chic jam jars. 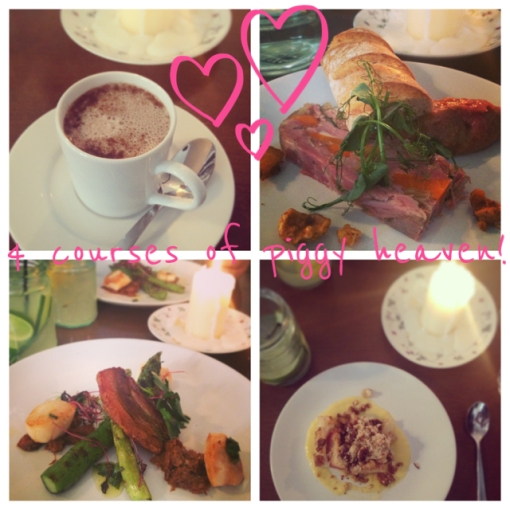 all this tempting the taste-buds? well, you’d best be quick as this piggy pop-up is only open for 4 months (with plans hopefully a-foot to extend ’til christmas)…