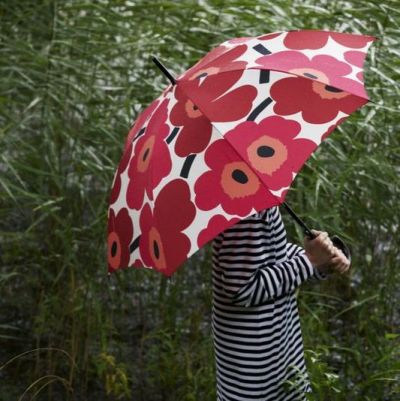 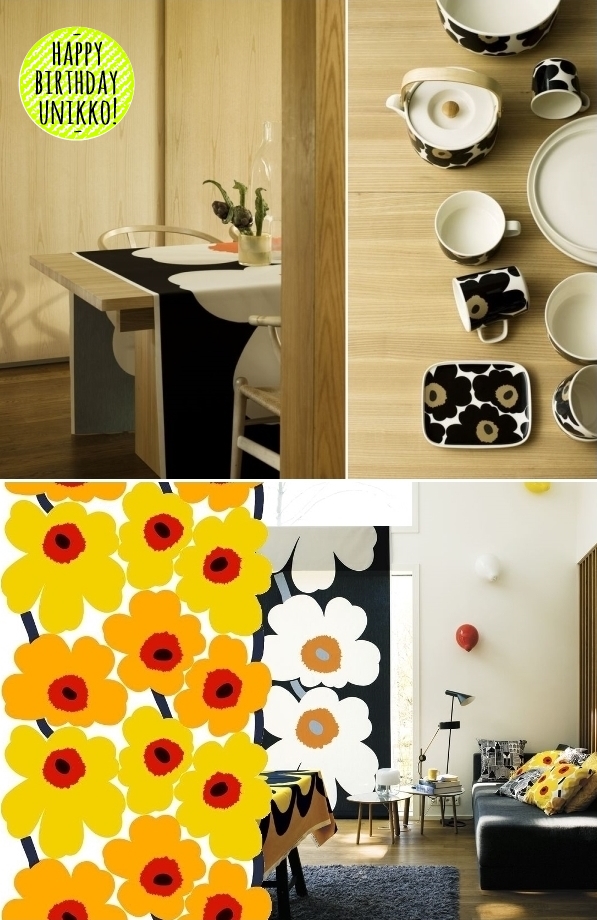 now hailed as marimekko’s most famous design, finnish native maija isola created the unikko design in 1964, shortly after the company’s founder, armi ratia, announced that marimekko would never print a floral pattern. maija disagreed with this stance, and designed a whole collection of floral prints in protest. one of them was unikko.

the high-contrast poppy-print was revolutionary at the time, tapping into the graphic modernity of 1960s design while simultaneously appealing to the traditionalism of an older generation, and has since been reproduced in a extensive range of mediums and colourways covering everything from tableware to fashion. to celebrate the design’s enduring popularity, marimekko have released a special edition line of black and white oiva dinnerware to mark the occasion, along with yellow and red oiva mugs, each piece carrying isola’s signature on the bottom.

when i visited the flagship store in helsinki last month i was given a sneak peek at the wonderful full-length anniversary video that celebrates the confident spirit and bold nature of the design, a teaser of which you can see on unikko’s dedicated anniversary website. marimekko believe that 2014 will be the year of bold personalities following in maija’s footsteps; people who allow inspiration and creativity to take them to unexpected places, follow their instincts and make wonderful things happen for all of us. 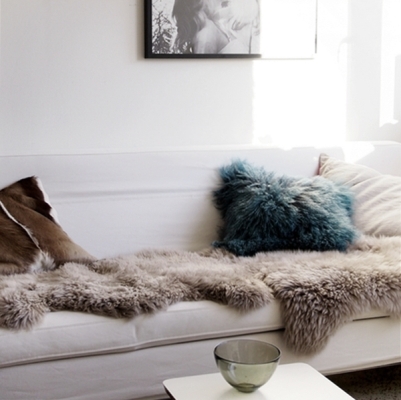 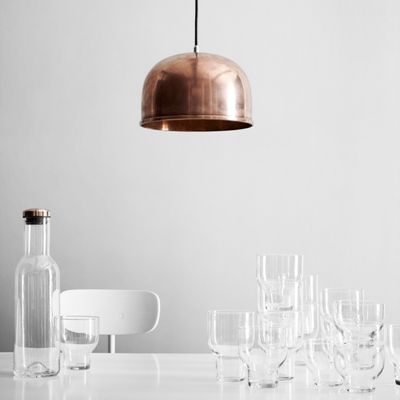