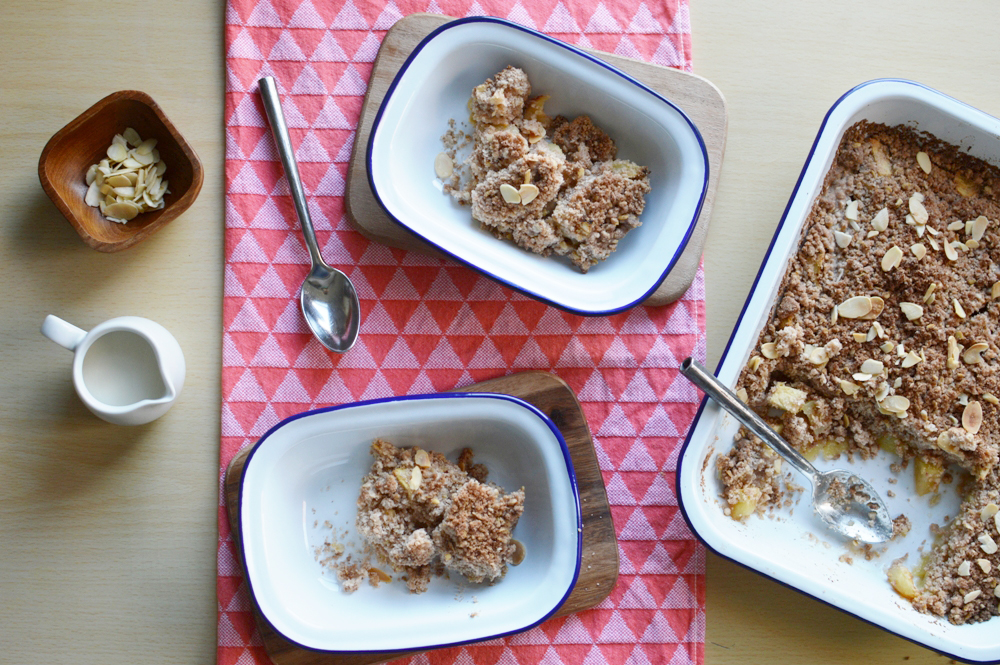 i’ve been dairy-free for over 2 months and while ninety percent of the time it’s been pretty plain sailing (bar having to read the ingredients on every single thing i pick up in the supermarket), i’ve been realising lately that all my favourite winter comfort foods are made by the addition of dairy; the bubbling cheese atop a shepherd’s pie, the butter in a flaky mince pie case, the brie in a cranberry & brie sandwich… so, this past weekend i thought i’d turn my hand to a bit of comfort baking and whip myself up one of my most cherished winter desserts – apple crumble – sans dairy.

classic recipes call for crispy, buttery crumble topping and i must confess that’s my very favourite part of the dish. in order to get the same effect in my baking i substituted butter for my new cooking staple: coconut oil. i’m a huge fan of this heathy saturated fat and use it in pretty much all my cooking, from simple stir fries to coating baked sweet potatoes fries. it’s also great mixed with flaked coconut & sesame seeds as a topping for baked kale crisps. anyway, i digress.

i broke out my new falcon enamelware set for the occasion, using the 37cm bake pan for the crumble and the two sweet little pie dishes for serving up giant portions – well, given the sweet heady scent of cinnamon that filled my flat it was impossible to limit myself to just a modest bowlful!

here’s the recipe, which i’ve modified from several i found online. one of the best things about it for me is not having to stew the fruit beforehand – simply place the apples roughly chopped in the baking pan and add a few spoonfuls of water, and they’ll soften happily away in the oven.

place the peeled & roughly chopped apples in a suitable cooking dish, making sure it is at least 6cm deep. i used a mixture of gala and braeburn apples as i like the contrast between sweet and tangy, but you can use whichever apples you prefer. sprinkle over the spices and add the water.

in a mixing bowl, add the flour, oils and coconut oil and rub in with your fingers until the mixture is nice and crumbly. add the stevia and cinnamon.

spread the crumble topping evenly over the apples in the pan and then bake in the oven for 40-45 minutes until golden brown and bubbling slightly around the edges.

if adding flaked almonds, sprinkle these on top of the crumble around 5 minutes before the end of the baking time.

it’s perfect on it’s own but if you must, serve with dairy-free alpro cream. never custard.

perfect dishes for your crumble (or pie!): 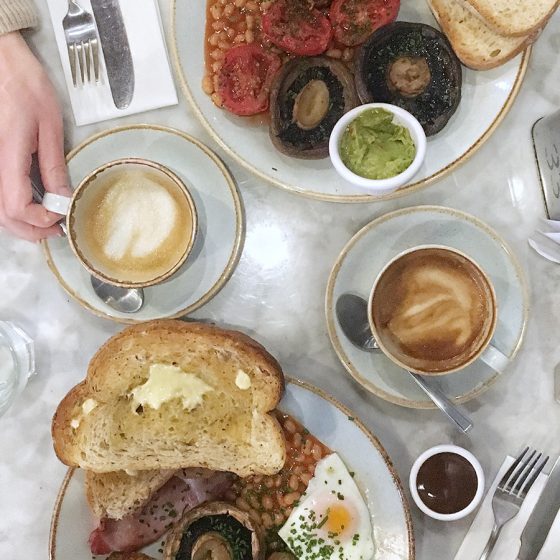 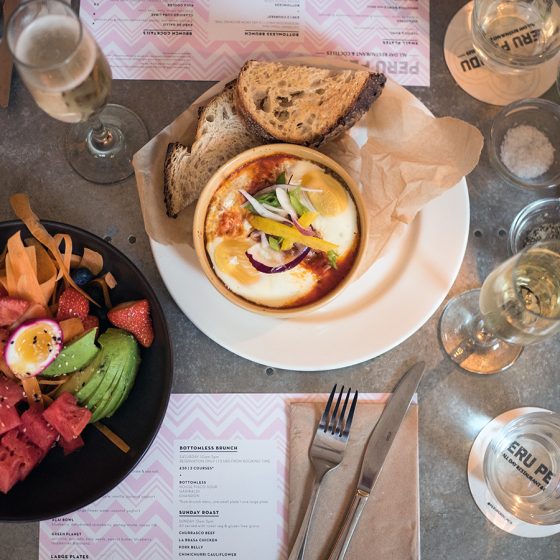 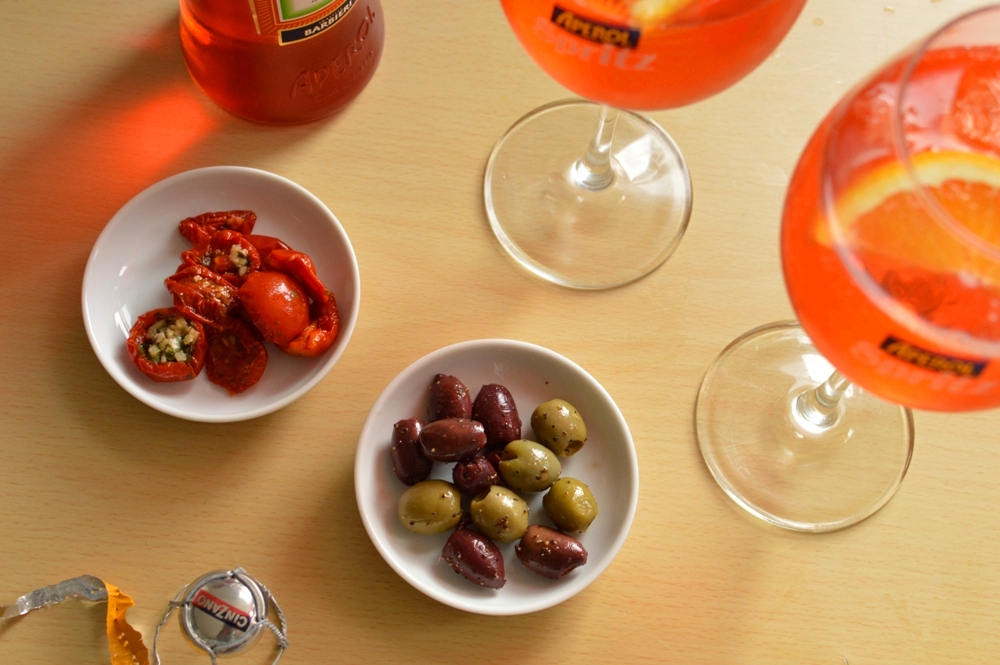 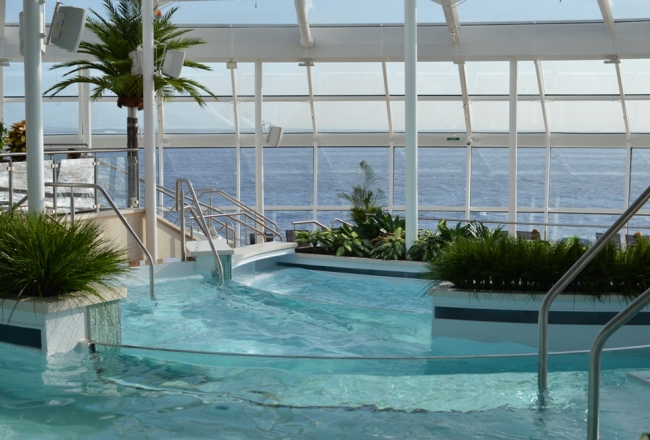 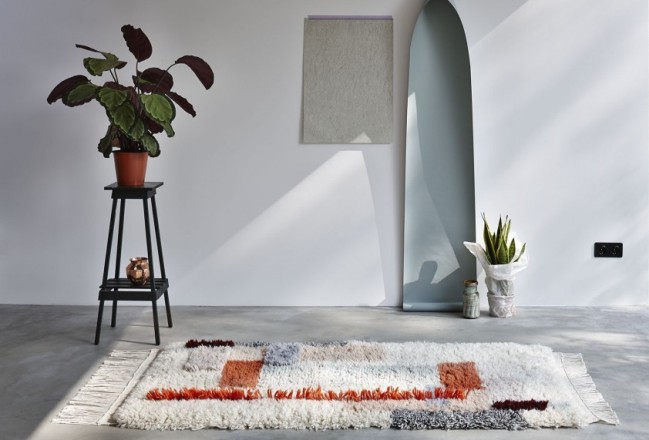