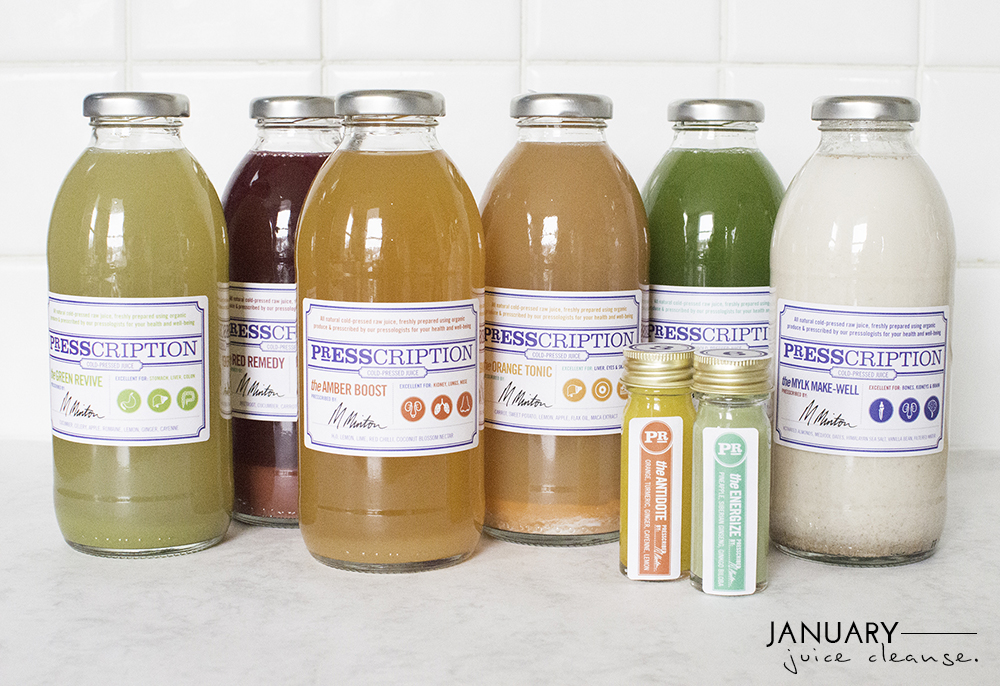 i’m not one for hardcore january resolutions that fail after that first 6am back-to-work wake-up call. all those dull grey mornings, blustering winds and relentless icy chills are not conducive to cutting out caffeine, dining on gourmet lettuce leaves alone or pulling on a pair of lycra joggers in the name of ‘bettering’ oneself.

but even i can see the benefits of boosting my vitamin intake following a good few weeks of (over)indulgence during the holidays. anything that is going to help kick-start my immune system and give me the energy to face that long dark morning commute with a modicum of enthusiasm is good in my book, so when i was offered the chance to try presscription‘s one-day organic cold-pressed juice cleanse i jumped at it. i’ve already spent the first half of winter battling niggling coughs and colds so a cleanse designed to accelerate and enhance my body’s natural detoxification process by flooding it with nutrients seemed a good way to start back on the road to healthier eating. 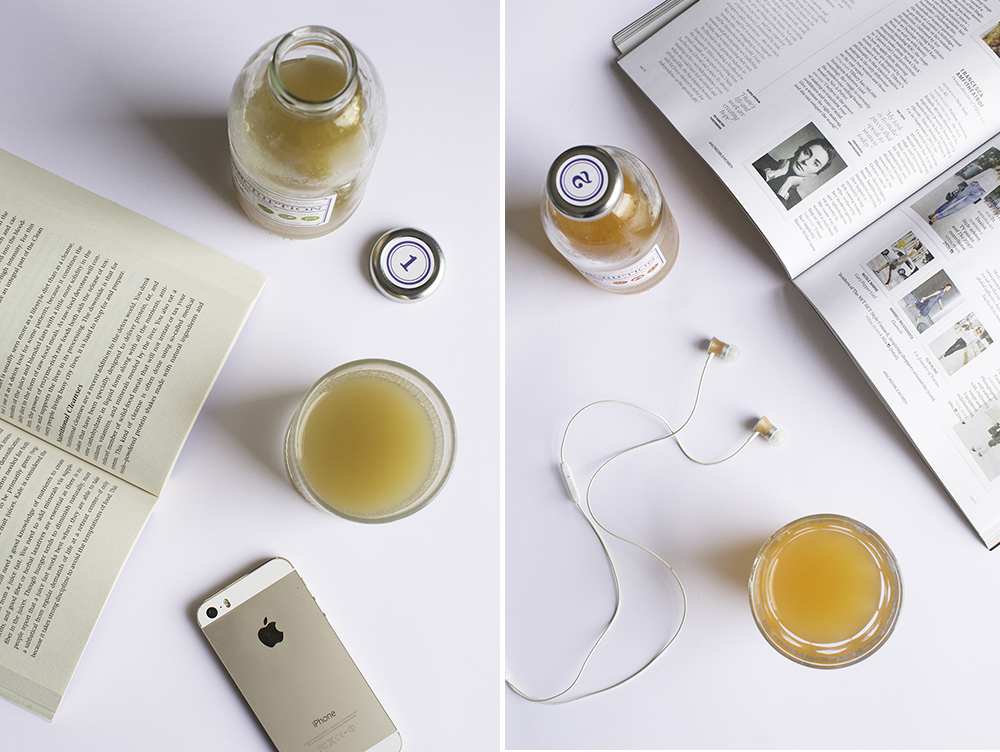 the signature cleanse consists of five 500ml cold-pressed juices and a 500ml nut mylk, along with two 30ml booster shots, to be taken in a prescribed order at specific times throughout the day. each is designed to gently support the natural detoxification processes in the body by promoting the elimination of accumulated toxins and providing a powerful injection of vitamins, minerals, phytochemicals and superfoods. the order of juice consumption is designed to cleanse/energise your body in the morning, increase metabolism and circulation during the day, followed by flushing out excess toxins and waste towards the evening.

it was advised that i start my day with a glass of sliced lemon in warm water before consumed my first juice; the green revive, a clean mix of cucumber, celery, apple, romaine and lemon with the sharp bite of ginger and cayenne that certainly did wonders as a morning wake up jolt. i’m not quite sure my body knew what had hit it and i was certainly far more alert than after my usual morning espresso shot!

two hours later it was time for the amber boost; another sharp, invigorating juice, consisting of alkaline water, lemon, lime, red chilli and coconut blossom nectar. this cold-fighting, congestion-clearing, immune-boosting presscription definitely packs a punch, with the fresh red chillies and lemons giving a refreshingly spicy yet tart tang which leaves with a warm feeling in your stomach and a clear feeling in your mind – a perfect way to start the working day. 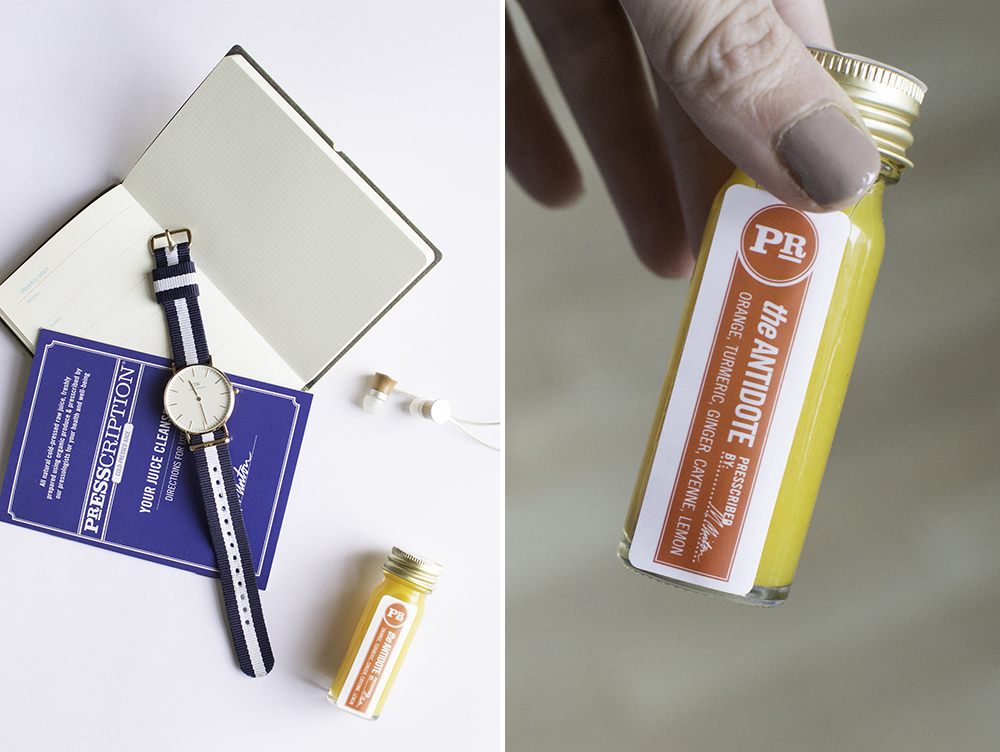 it’s worth noting that each juice is 500ml and takes a long while to consume, ideally 30mins – 1hr. in fact, the accompanying cleanse literature recommends ‘chewing’ the juice as digestion begins in the mouth; the act of chewing encourages our bodies to release digestive enzymes, facilitating the absorption and assimilation of each and every nutrient.

in between juices 1 and 2 there was a booster of anti-viral, anti-bacterial and immunity-boosting ingredients to consume. chock full of orange, ginger and lemon, the antidote shot was another sharp shock to my body, with the lingering tang of the turmeric and cayenne reminding me of all the good the cleanse was no doubt already doing. strangely though i wasn’t missing ‘real food’, nor was i in need of a caffeine hit, despite usually having consumed 2 or 3 espressos by this point in a usual day. 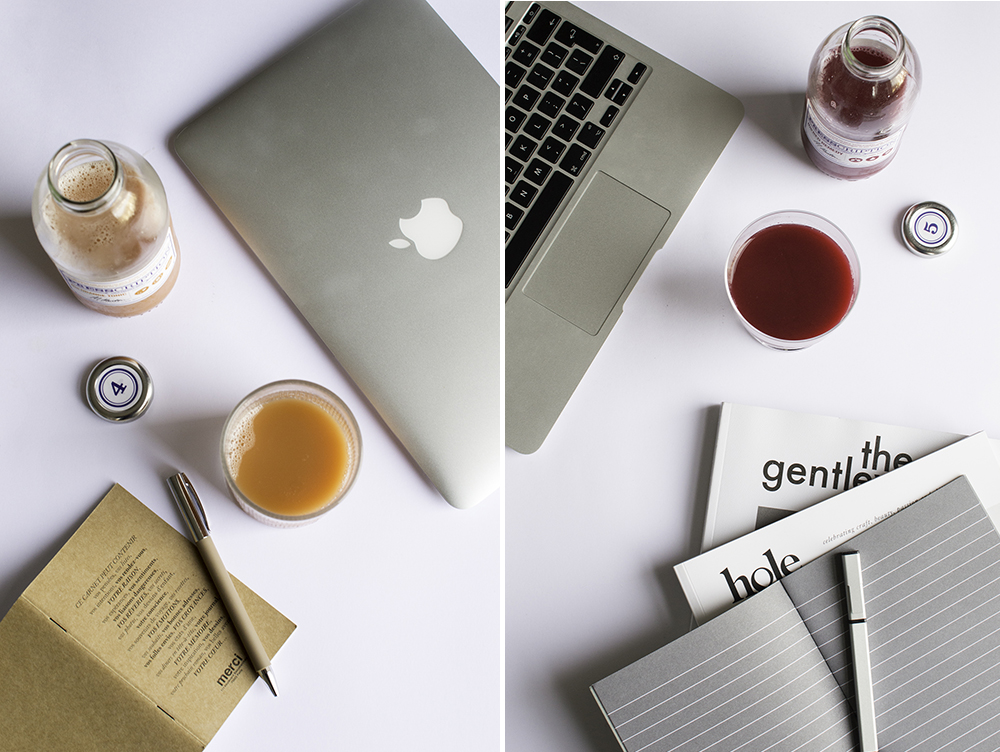 the next 2 juices were somewhat sweeter and more gentle on the palate. the orange tonic (carrot, sweet potato, apple, lemon, flax oil, maca extract) is a carotene-rich concoction that works as an amazing liver detoxifier, giving you instant energy that is easily absorbed into the cells of the body. afterwards the powerful combination of ginger and beetroot in the red remedy provided an intriguing taste sensation of spicy, sweet and sour in one.

the mid-afternoon energise shot offered a sweet treat hit of pineapple, siberian ginseng and ginkgo biloba, designed to increase blood flow to brain, reduce headaches, increase concentration and relieve the chronic fatigue that i would often feel around this time of day. happily though, i was already feeling far more alert with loads more energy and focus than i would usually muster on a cold, dark january afternoon. 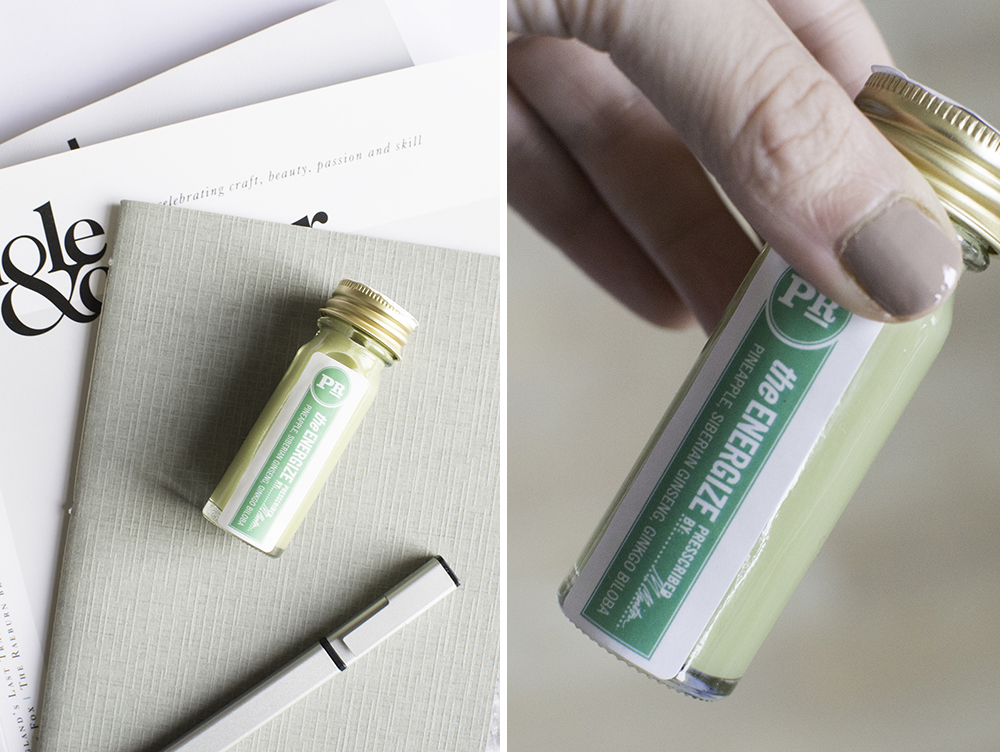 as my working day was winding down it was time for the green elixir; a refreshing combination of kale, spinach, celery, cucumber, romaine and pear, which was a light relief after having already consumed so many juices, which are far more filling than you might originally think! packed with leafy vegetables that are high in chlorophyll, this alkalising green juice is designed to act as an antidote to the toxins in the body’s cells and helped round out the sweetness of the previous few bottles.

that said, the mylk make-well was most definitely the best way to end the cleanse, and just like one of those decadent creamy vanilla milkshake they have in american-style diners; pure indulgence! except, having been made with organic raw almonds which have been soaked them overnight in filtered water and then slowly cold-pressed, it’s actually entirely good for you and alive with complex flavours and natural nutrients.

i enjoyed my ‘mylkshake’ curled up in bed with netflix, reflecting on my day of cleansing and just how better i felt for it. of course, having overindulged over the holidays it was only natural that a day packed full of vitamins and nutrients would have a positive effect but what i was most impressed by was how full and satisfied i felt. i’d always presumed that a juice cleanse would leave me scratching the walls for ‘real food’ and that my stomach would feel noticeably empty, which is most definitely not the case. i was also really surprised by how tasty the juices actually were – even the ones that began with a sharp, unexpected taste quickly grew on me and there was genuinely not one juice i disliked. 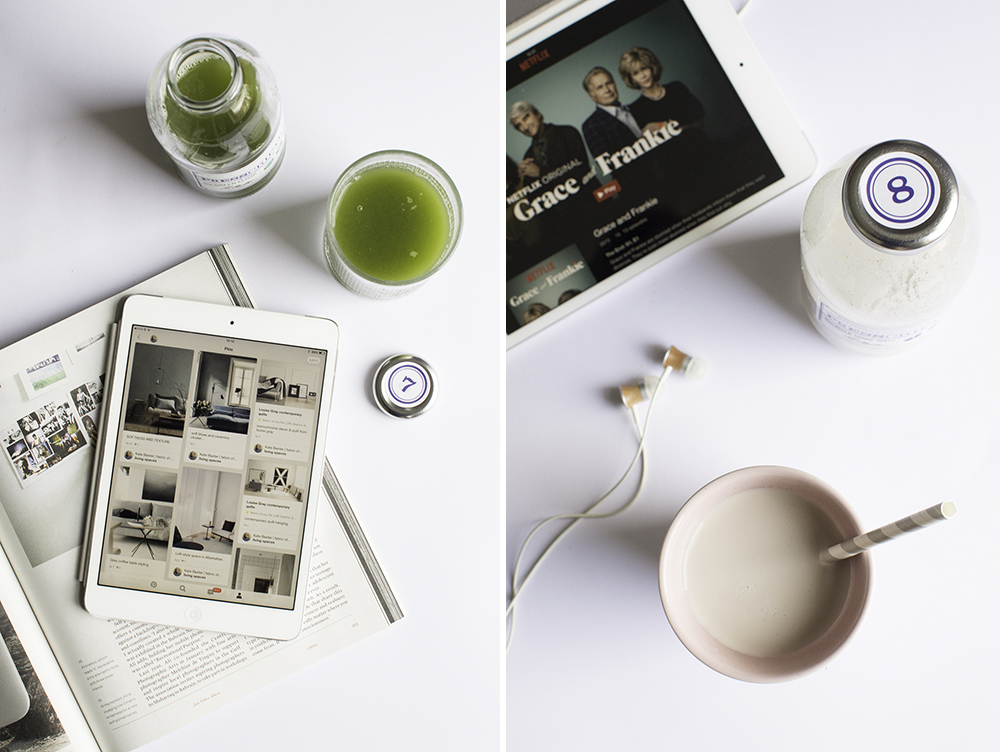 have you ever done a one-day (or longer) juice cleanse? i’d love to hear how you got on!

i was kindly gifted the presscription signature juice cleanse for the purpose of this review, but all thoughts, opinions and photography are my own. 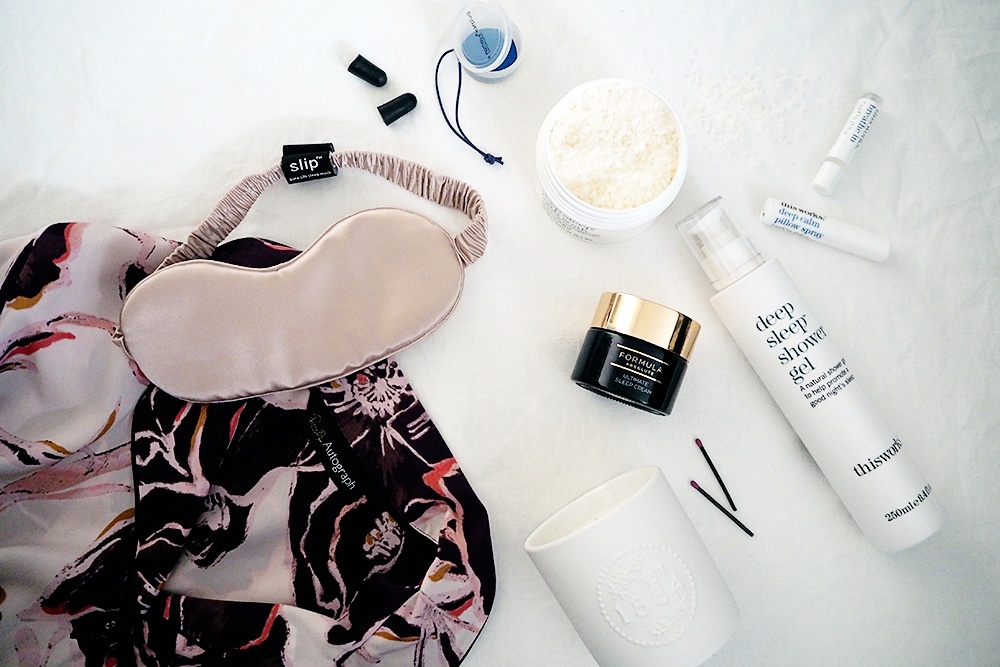 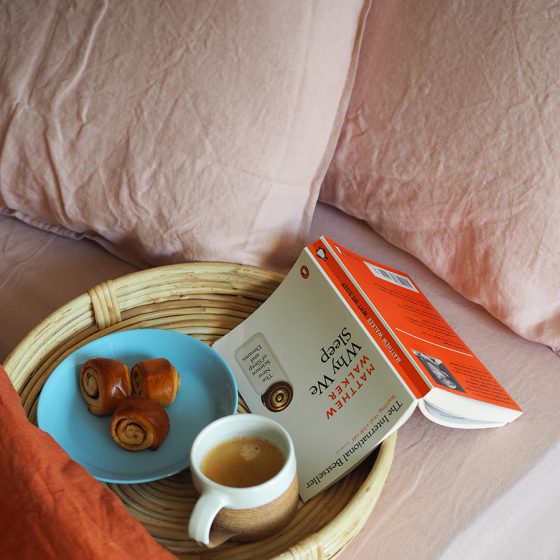 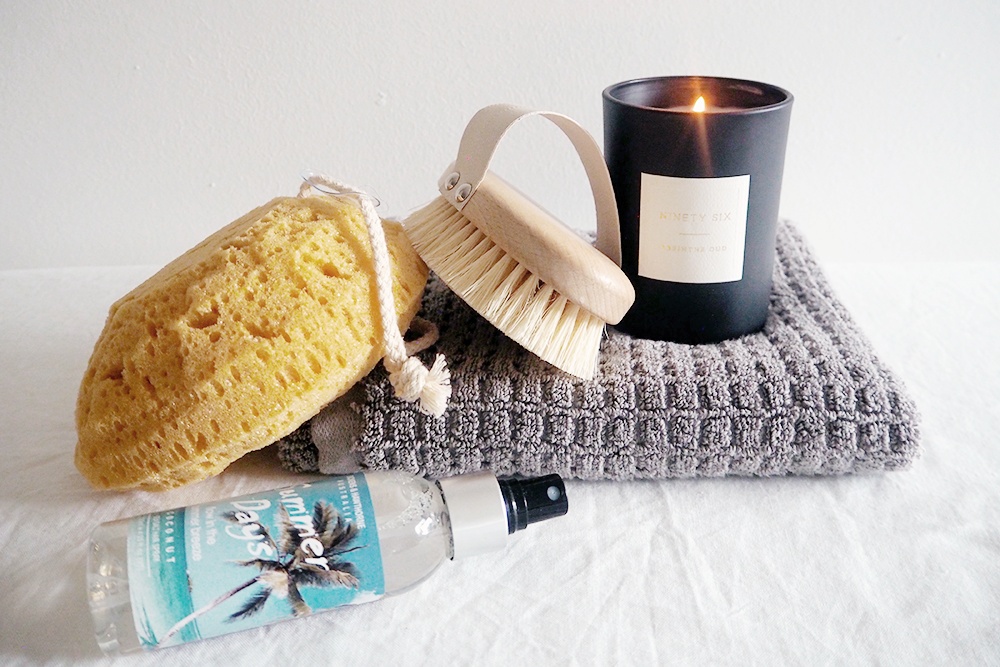 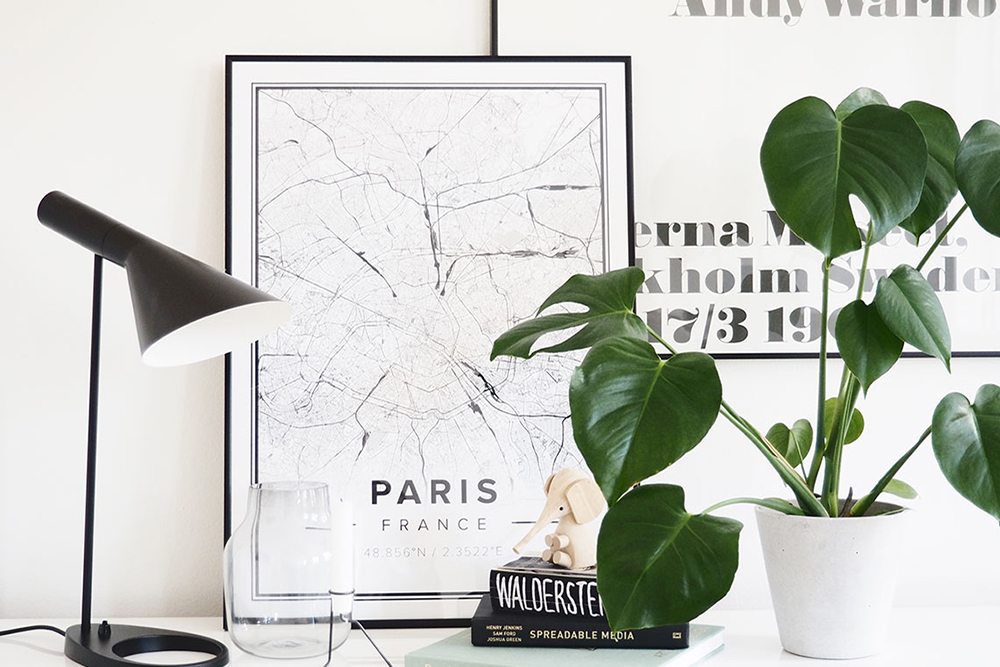 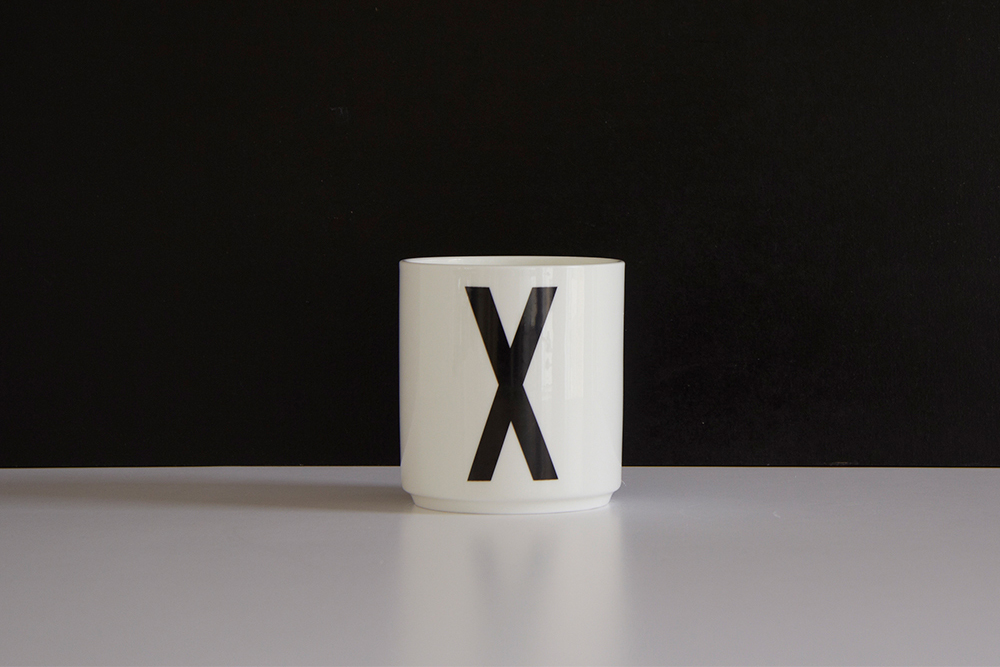