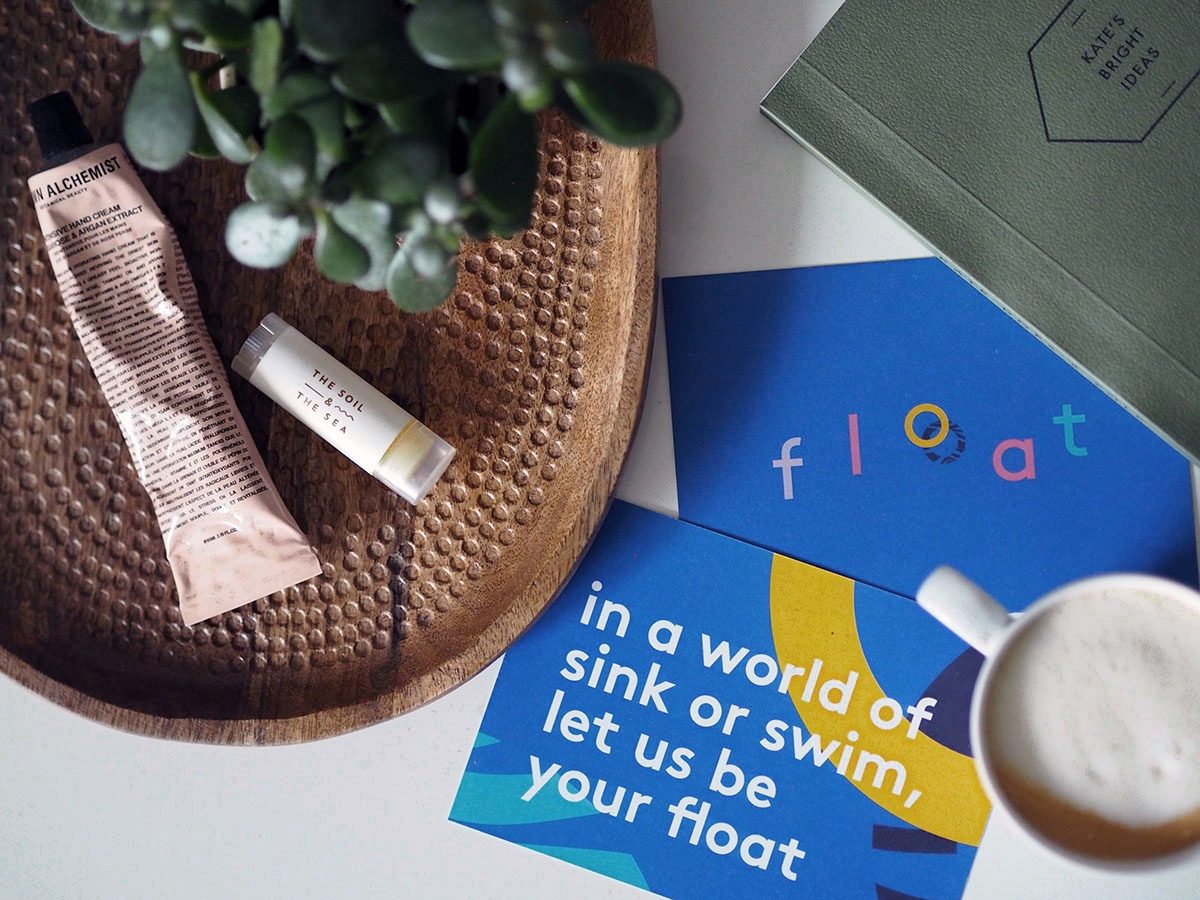 the concept of ‘wellness’ feels so on trend these days that it is often easy to be turned off by it all. so many people seem to be jumping on the bandwagon and peddling their wares under the wellness guise or shouting about how a particular extreme diet, deep meditation or hardcore yoga practice has helped them find inner peace and wellbeing, that it begins to feel like an inaccessible, exclusive-to-only-the-very-best, club.

there is a preconceived notion of wellness as being solely about diet, meditation and yoga, but in reality wellness should simply about keeping yourself well – the opposite of being ill – and ensuring you’re keeping things in balance. often, the concept of wellness seems to be entirely misconstrued and serves only to make people feel worse instead of better, but listening to an episode of pocket pardon my french recently, i heard wellness defined as “a feeling of empowerment and tapping into the joy of life, liberating yourself from a lot of things we ‘tolerate’ without really ever questioning them,” which seemed to be a pretty darn good way to approach things.

it’s a poignant thing to contemplate – this idea of things we tolerate – and something i recognise clearly in my own life, having made a few key lifestyle changes over the past few years that i can now see have made a huge difference to my personal wellbeing. going freelance, and moving from london to manchester, has meant that instead of spending hours each day commuting on a hot and sweaty germ-infested tube, i’ve been able to reclaim that lost time and channel it not only into being more productive in my working day, but also having proper amounts of time to devote to self-care and wellbeing activities, without feeling guilty that i’m neglecting something else. it’s amazing to think of the wasted hours i would spend underground each day, believing it to be the natural order of things, because in london it simply is; there is no other way. changing my surroundings helped change my attitude and my daily routine, which in turn has allowed me to create a daily work schedule and sustainable wellbeing practices that work for me. of course, we can’t all just up and leave our current homes or change our job structure, but its worth assessing the daily things we ‘tolerate’ that are getting us down and trying to work out potential ways to alleviate them. 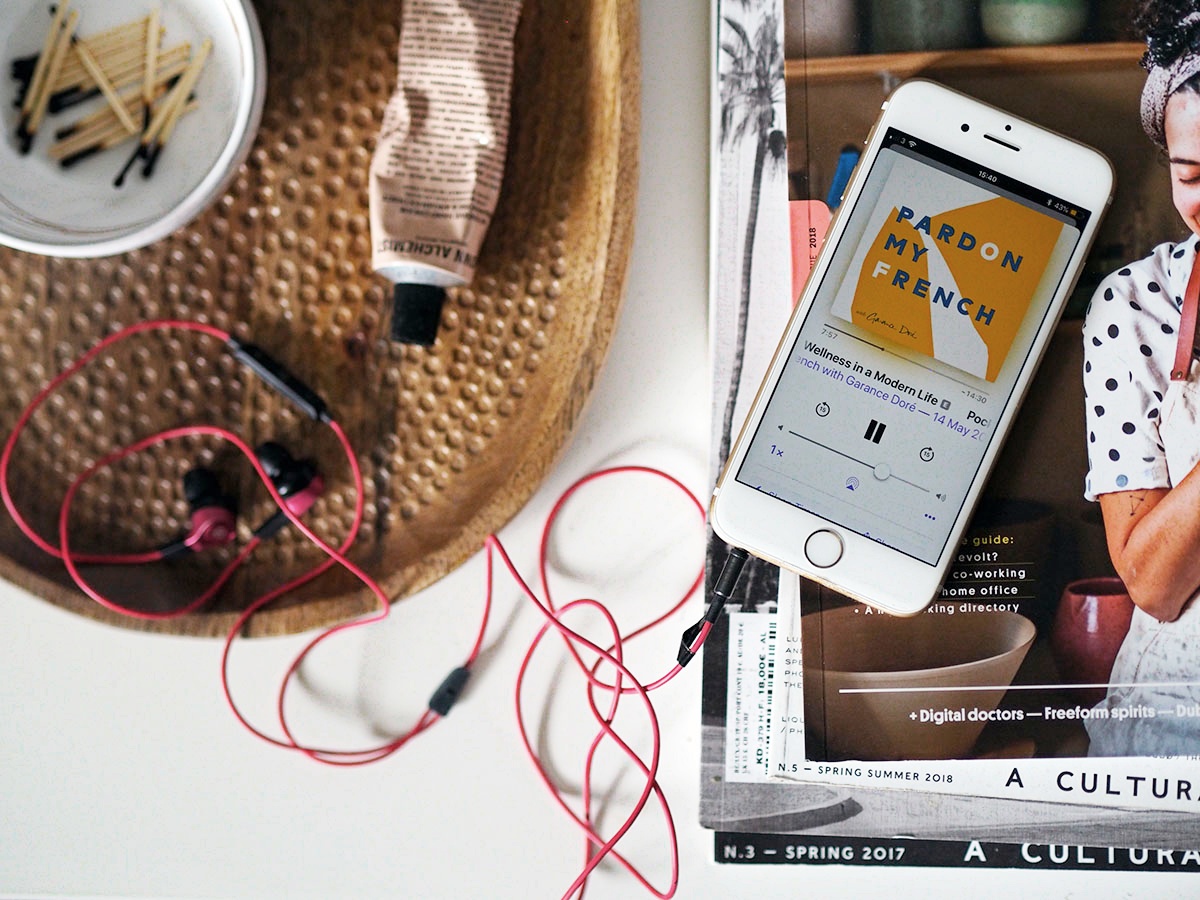 “you are what you do the majority of the time, and the more you do these things the more you want to if they make you feel good,” was another huge takeaway from the podcast for me. i cut dairy out of my diet nearly four years ago now and whilst i found it hard to deny myself ice cream, cheese and nutella in the first few months, seeing the impact not consuming dairy had on clearing my acne-prone skin gave me such a boost, that ever since it’s been easy to pass on the croissants and mozzarella pizza because i feel so much better in and of myself for doing so.

cutting out dairy has also inadvertently meant that i spent a good portion of my week eating a vegan diet, as it’s easier to opt for vegan alternatives than stress over whether a dish might have a ‘sneaky bit of dairy in it’. it’s a happy sidenote to my pursuit for better skin, and i don’t think that my diet would be quite as balanced – nutritionally or ethically – if i hadn’t made such a lifestyle change in pursuit of personal wellbeing. although veganism is another trendy topic in the wellbeing world these days, i think that attitudes are changing and there’s a little less pressure to be a full-time vegan and more acceptance towards part-time veganism being a step forward all round.

there’s a term i’ve heard recently that i think encapsulates this idea perfectly: the wellness ratio. 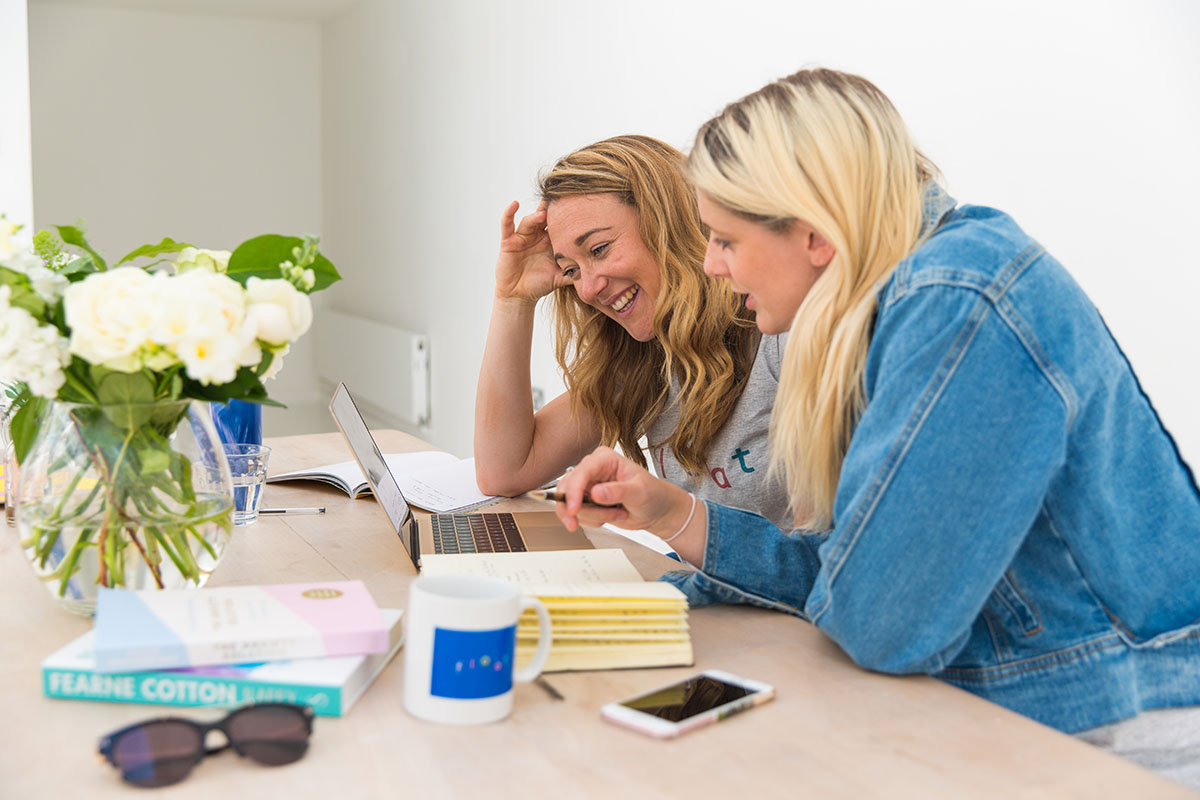 coined by daisy barnes, founder of manchester-based creative agency yolk, it’s the idea that we all want to buy better, eat better and exercise, but it’s ok to accept that it’s near impossible to keep this up 24/7. instead, says daisy, let’s alleviate the guilt and opt for the wellness ratio instead.

*or whichever ratios work for you

it’s a refreshing attitude and one that i think takes the pressure off and allows you to approach wellness at your own pace and within your own personal boundaries. daisy’s approach has led her to found manchester’s first wellness festival, float, with her friend laura bamber, a personal and business development coach and founder of the vibrancy hub, who shares daisy’s philosophies. between them they’re seeking to ignite a ‘wellness’ movement that is more about creativity, learning, listening, talking, recharging and having fun, than solely diet and exercise.

the term ‘wellness’ tends to be associated more with smugness, perfection and clean living – whatever that means – than self loving, experiencing joy and connecting to whatever makes you feel better, which is what we feel wellness is all about. ~ laura bamber, float co-founder 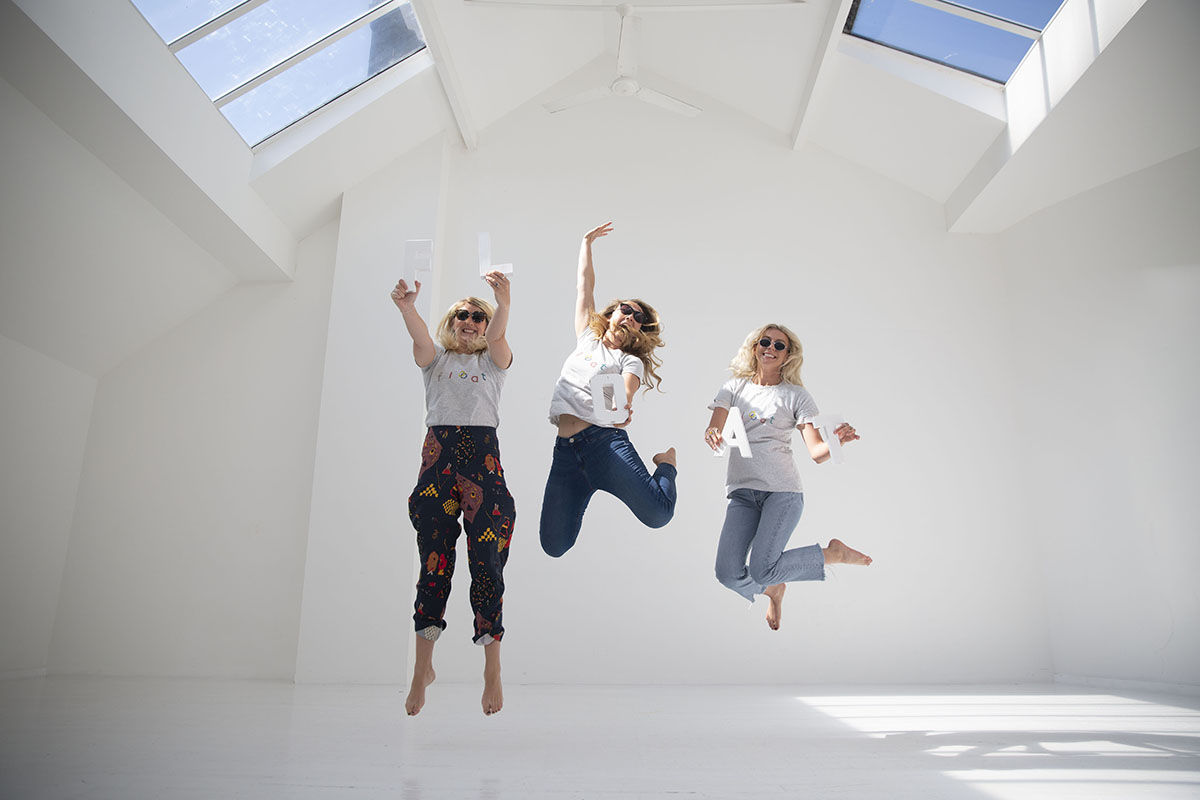 wellness is not perfection in body or mind, string-chasing or self-hating. wellness is trial and error, buoyancy in stormy seas and anything that feels liberating. the wellness industry didn’t seem to be making many people feel very ‘well’. so we made float. ~ daisy barnes, float co-founder

fundamentally, if it feels like a commitment or another bullet point on your to-do list, it’s not wellness. float festival is all about discovering what makes you feel alive and connected, bringing together a wide range of activities that celebrate wellness through float’s six core pillars: movement, inspiration, nourishment, engagement, restoration and play. “exploring, thinking, creating, devouring, making, reading, writing, idea inventing are all the most fantastic routes to positive mental health and are often free – and quite literally all around us” says daisy, and having been lucky enough to have a sneak peek at the workshop line-up for the one-day festival i can attest to the fact that there is plenty for everyone of all ages, fitness abilities and creative tendencies to get stuck in to.

there will be workshops that incorporate jewellery making, calligraphy and pottery, and movement classes based around dance, yoga and fitness, running alongside panel discussions on eating to your heart’s content, flexible working and the care conundrum. there will be sessions providing advice on becoming time wealthy, female hormone balance and channeling your warrior goddess. this last one, taught by babs ofori-acquah, excites me greatly!

if you’re excited by the sound of this one-day festival, you’ll be pleased to hear that you can get 10% off your morning or afternoon session tickets using the code ‘floatfabric’. and if the idea of the wellness ratio intrigues you, float are hosting a pre-festival supper club at porter+cole later this month, with discussions around the concept taking place over three tantalisingly tasty courses, which you should definitely check out.

and if you’re keen to hear more from float co-founder laura bamber then read on, as she shares a few of her secret city insider tips with me.. 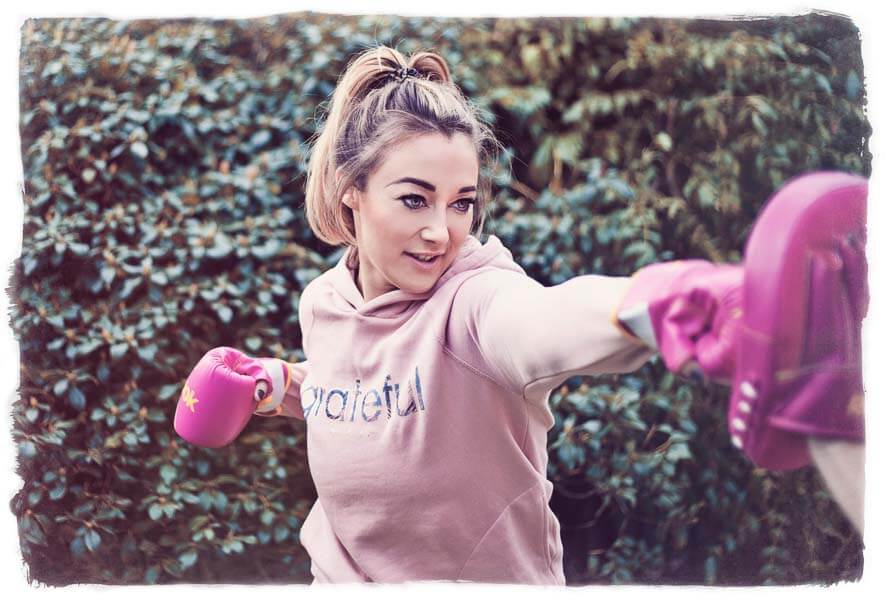 how long have you been living in greater manchester, and whereabouts are you based?

having grown up in st helens, i moved to manchester after uni and fell in love with the city. aside from a 5 year year stint in sydney, australia, i have been based in and around manchester ever since.. although i now commute in from knutsford so i get the mix of manchester charm and cheshire countryside.

what drew you to the city initially?

the authenticity and warmth of the people. it’s also what pulled me home from the sun, sea and sand of sydney. bondi has nothing on manchester! i couldn’t understand why people didn’t find me funny in sydney! i think it’s therefore my ego that really dragged me back and the fact that mancunians appreciate my humour!

what’s your favourite thing about the city?

it’s an exciting place to be at the moment – so much is changing but we still manage to maintain a real sense of community and because of this the city feels small and welcoming. 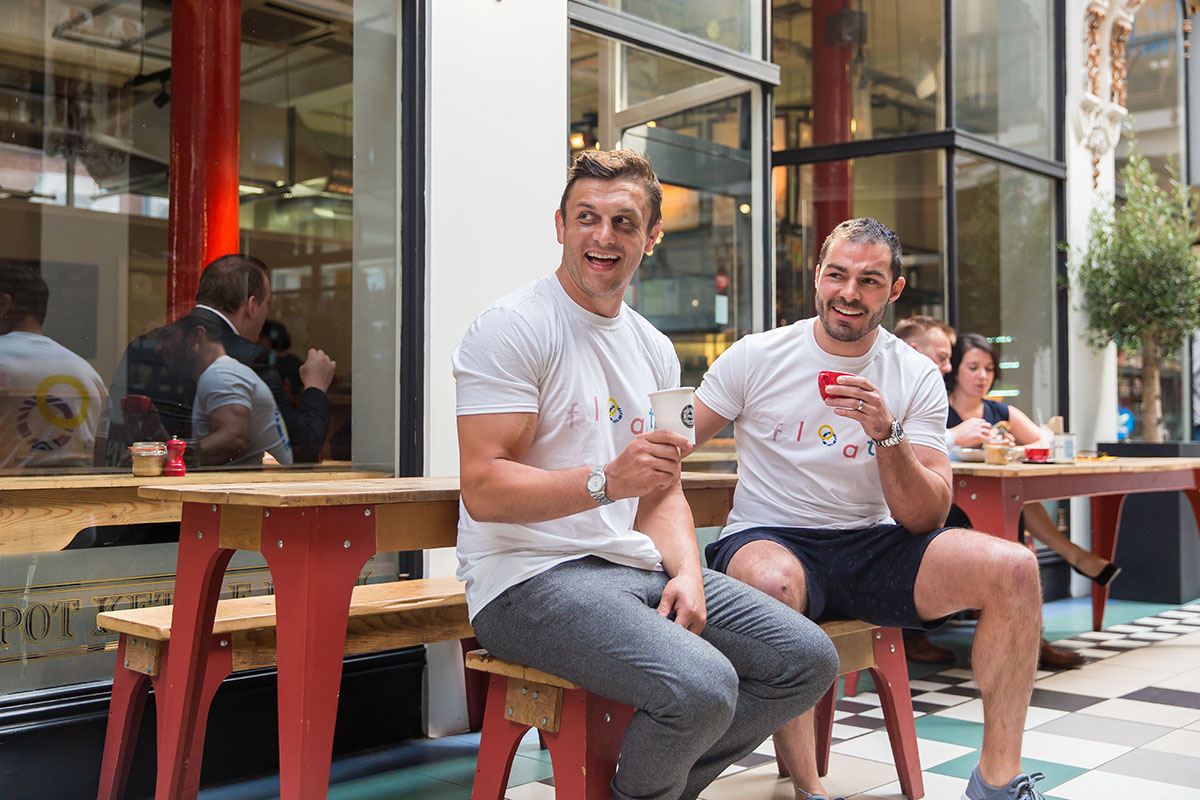 best place for a morning cuppa?

pot kettle black (the lads who own it are buddies of mine so i daren’t say anywhere else!)

favourite way to take time out and restore your balance?

always yoga! i love the classes at the life centre. 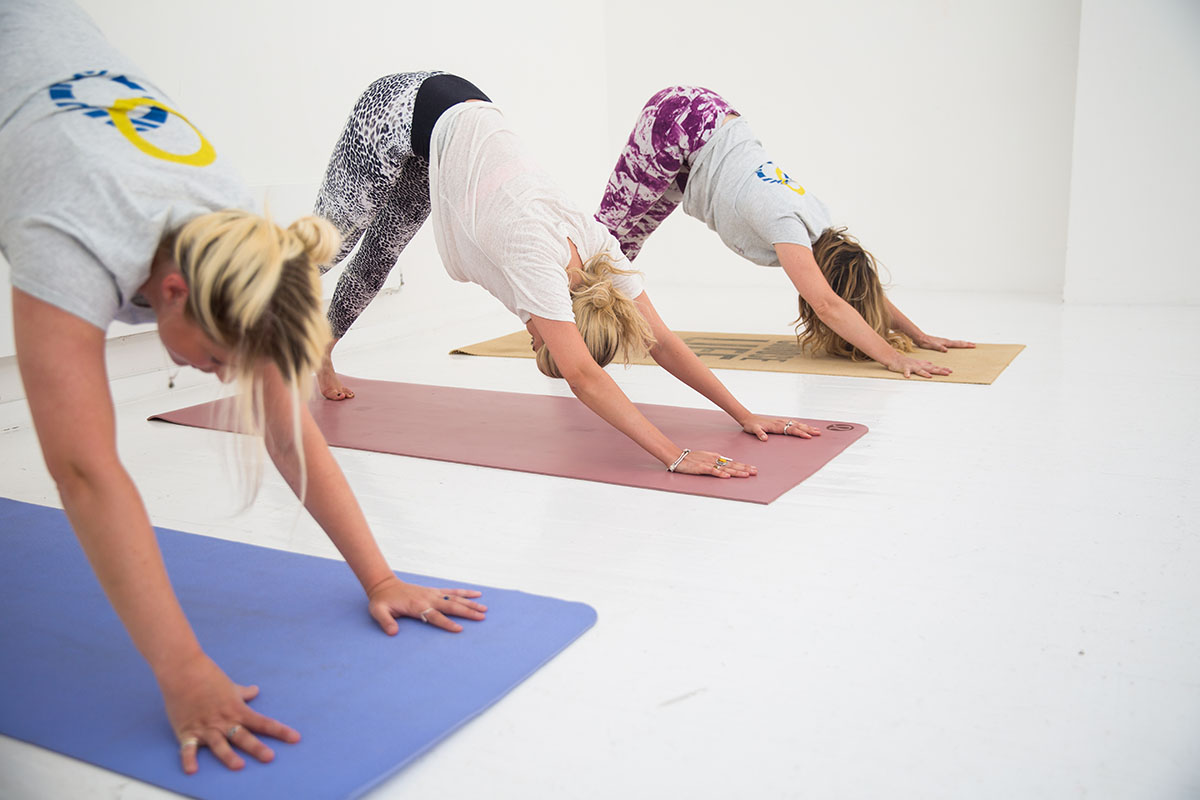 can you share an insider’s secret spot you’ve discovered in the city?

five four studios where we are hosting float festival – this place is such an incredible space and you would never know it was there from the outside. when you walk in, it is so light and bright and feels like you could be in miami! that is one of the reasons why we are so flipping excited for the festival!

favourite way to spend a weekend in the city?

i love a sunday in manchester – great brunch and coffee at pot kettle black and then off to alberts schloss to listen to the gospel choir and jazz music that plays there every week. 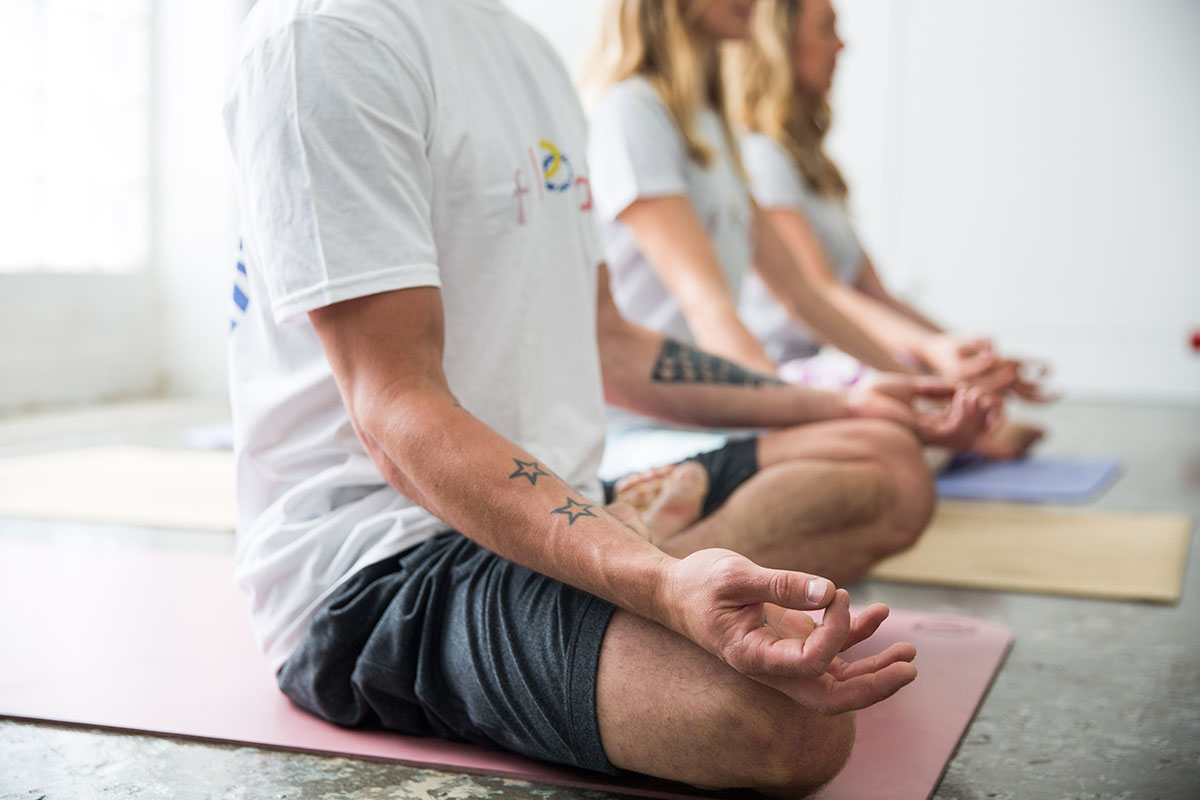 £5 from every ticket sale will go to forever manchester, raising money to fund and support community activity across greater manchester. 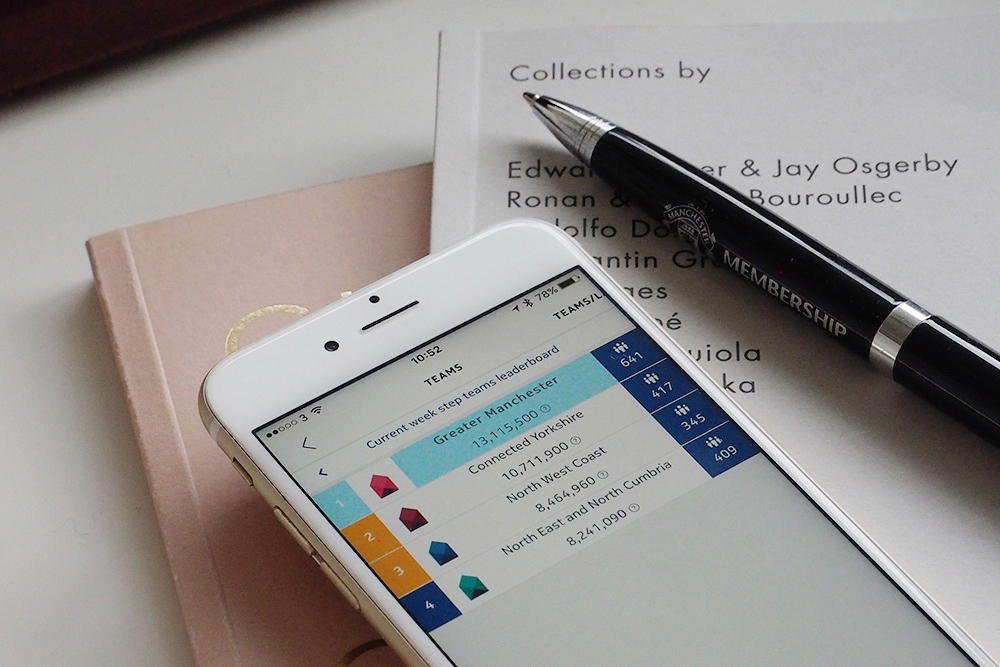 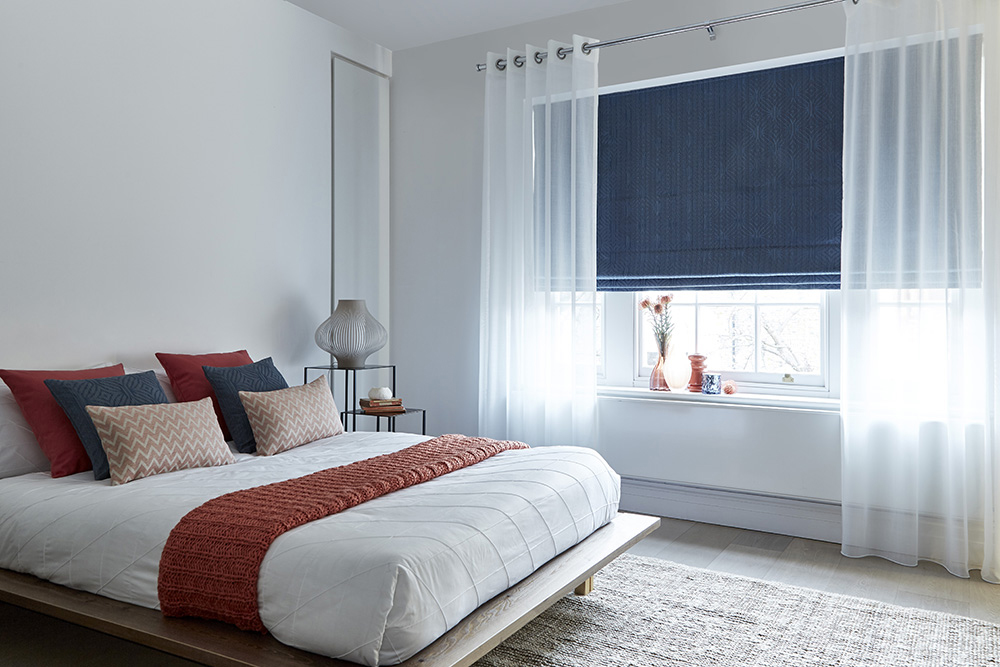 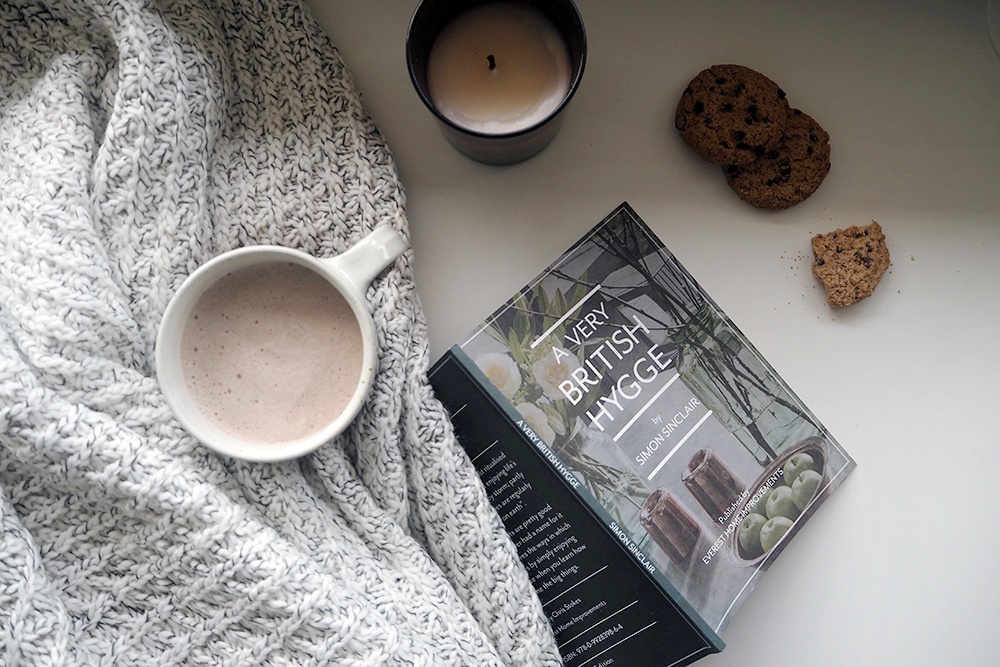 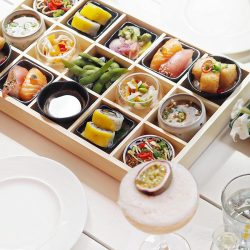 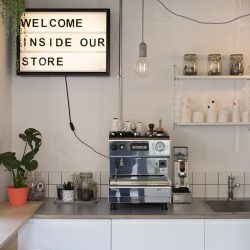