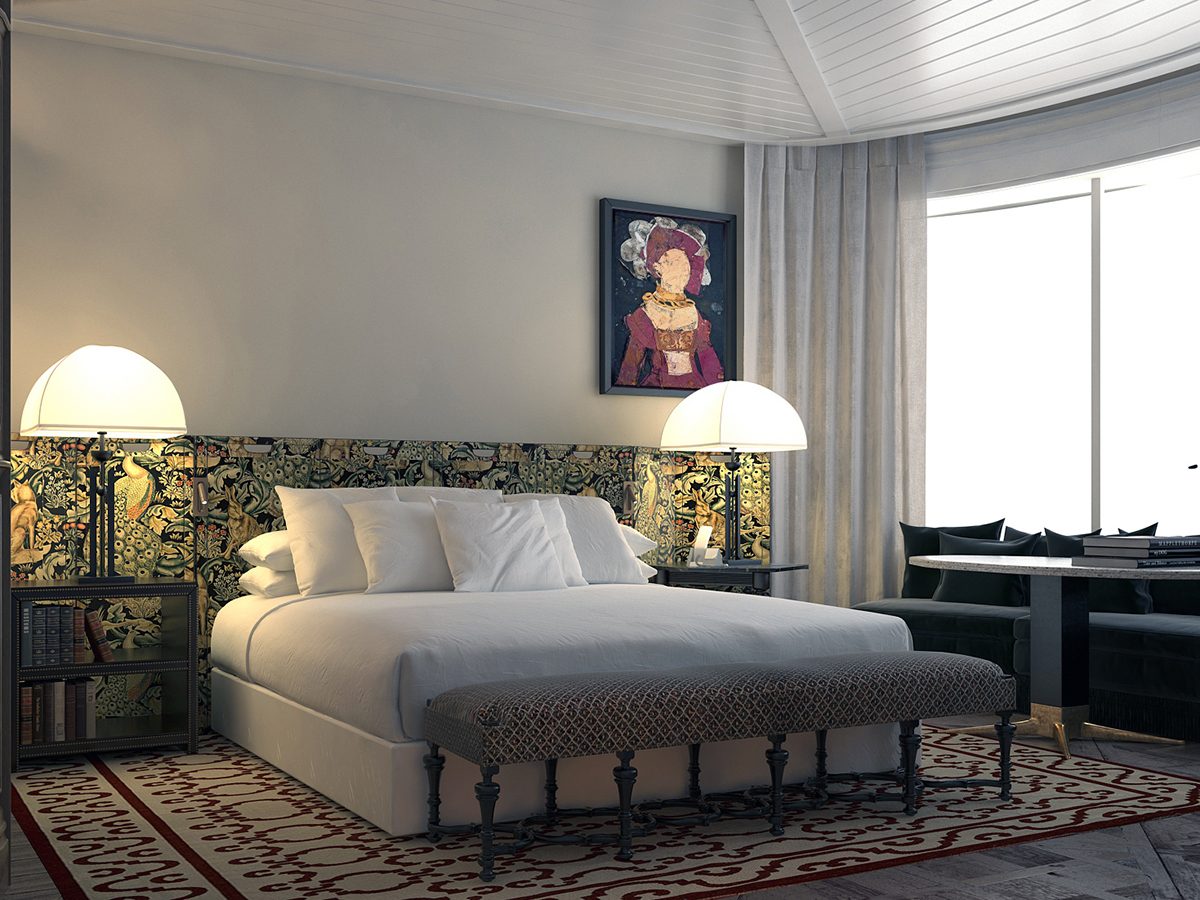 i’d not been to madrid before and, bemusingly to me now, it had never been a city that registered high up on my (ridiculously long) must-visit list.

strange, because as soon as i was invited (by palladium hotel group, who open a new hotel concept brand in the city later this month), i started to picture madrid in my mind’s-eye and conjured up the nostalgic and melancholic world of many of my favourite pedro almodóvar movies (volver, julieta, broken embraces), with a healthy smattering of ernest hemingway’s boozy, underground world of the 1920s and 30s, thrown in for good measure. in short, exactly the type of city i knew i could fall in love with.

having now spent (a mere) 48 hours in the city, i can certainly attest to madrid’s infinite charm, stunning architecture and walkable warren of cobbled backstreets, which have firmly cemented it in the top 3 destinations i have earmarked for further adventures in the first half of 2019! 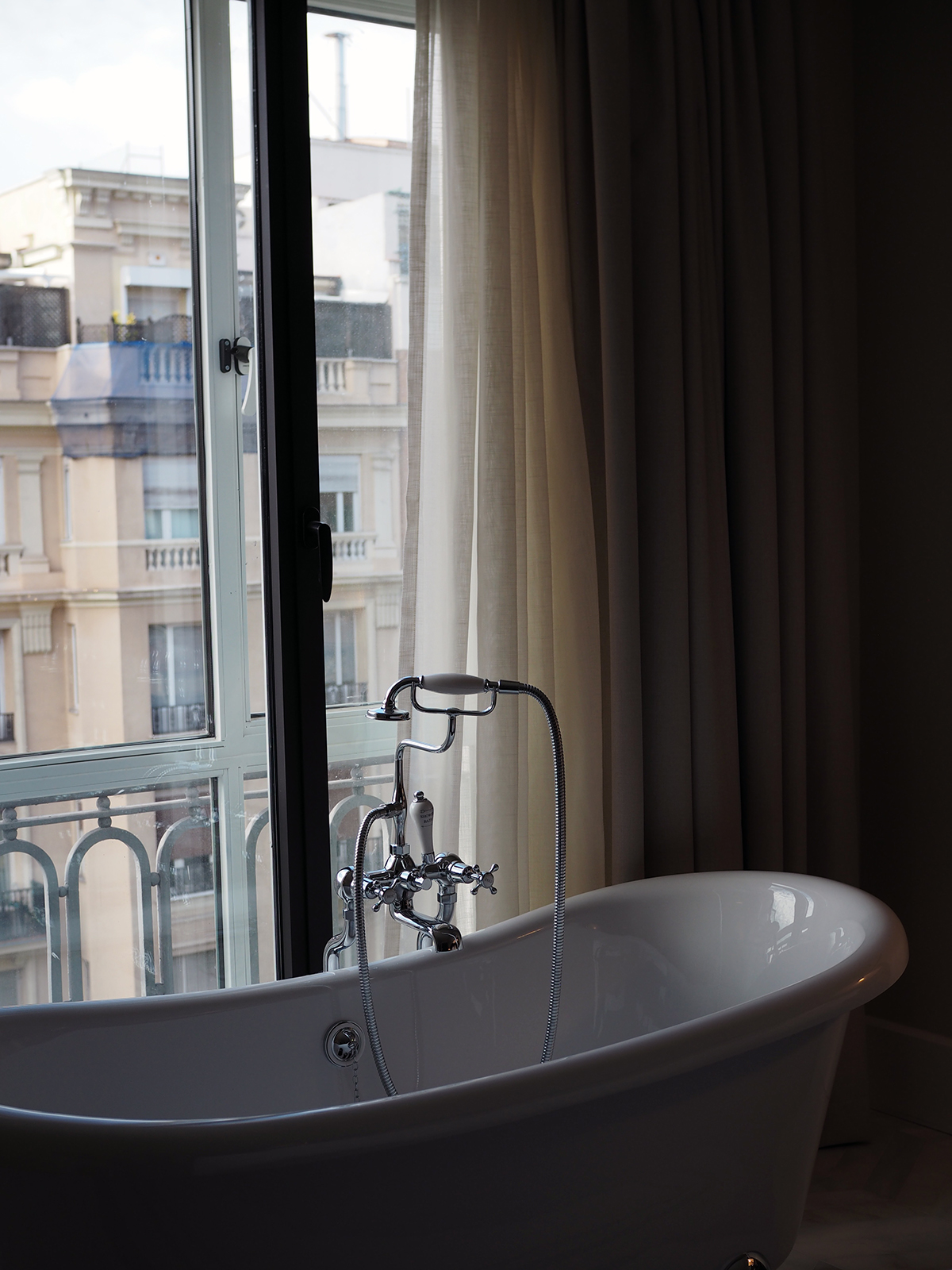 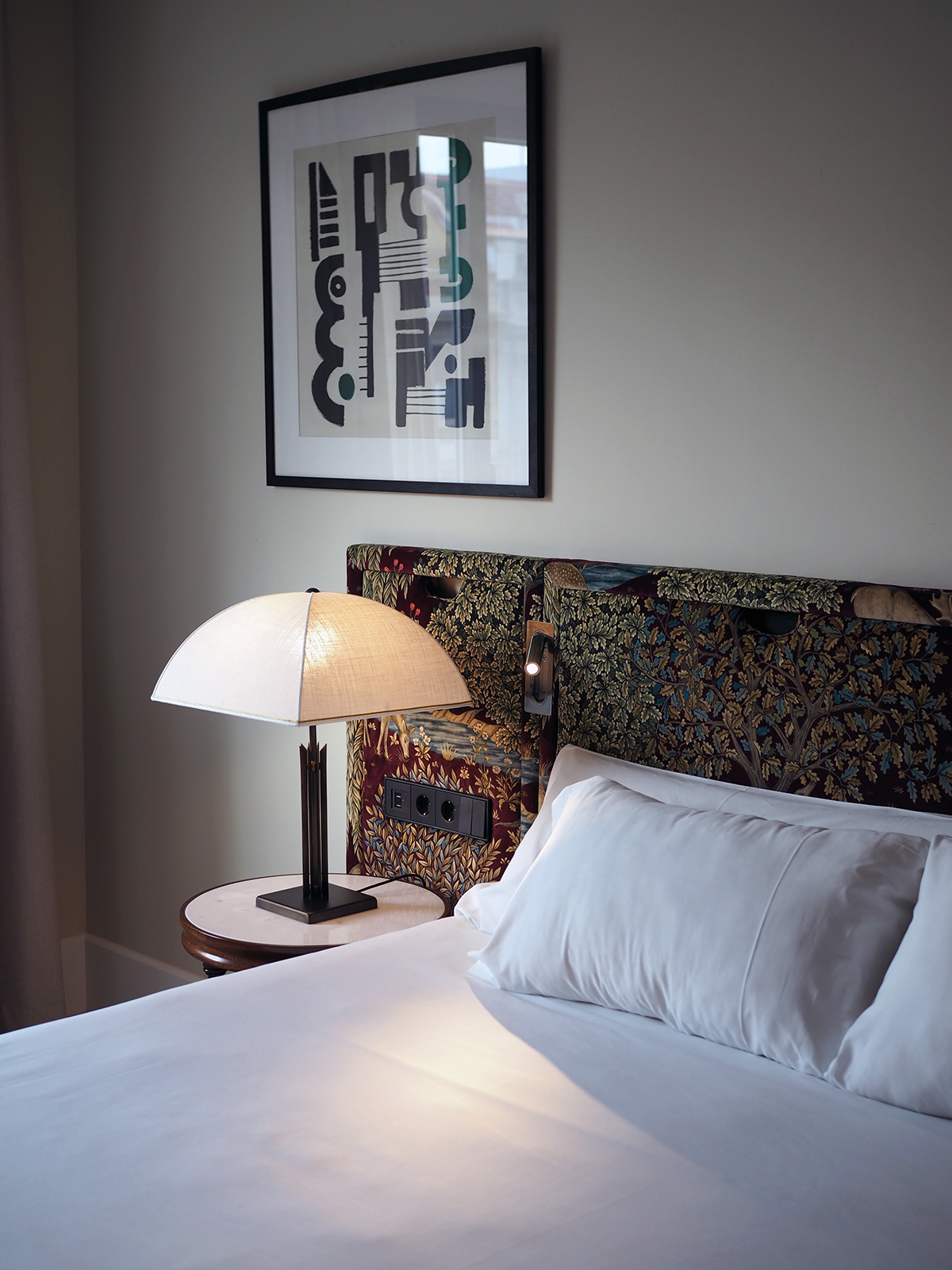 we touched down in the city on a late november eve and were immediately whisked away into the night and through the streets of madrid, to our base at another palladium hotel group property, only you. a historic 19th-century mansion located in the salesas neighbourhood, the interior has been exquisitely remodelled to include a myriad of bijou multi-use public spaces, and a spectacular reception area within a four-storey internal courtyard.

the next day, a short taxi ride from only you brought us to the inaugural outpost of palladium hotel group’s new luxury hotel brand, bless collection hotels. due to open on 15 january 2019, bless hotel madrid is located in the heart of the city’s fashionable salamanca district, madrid’s most exclusive residential neighbourhood, brimming with upscale fashion boutiques, restaurants and bars.

there we were granted exclusive access to the (still-being-furbished) property and given a backstage pass to see the interior of the hotel taking shape, and discover the vision behind this new luxury hotel concept. 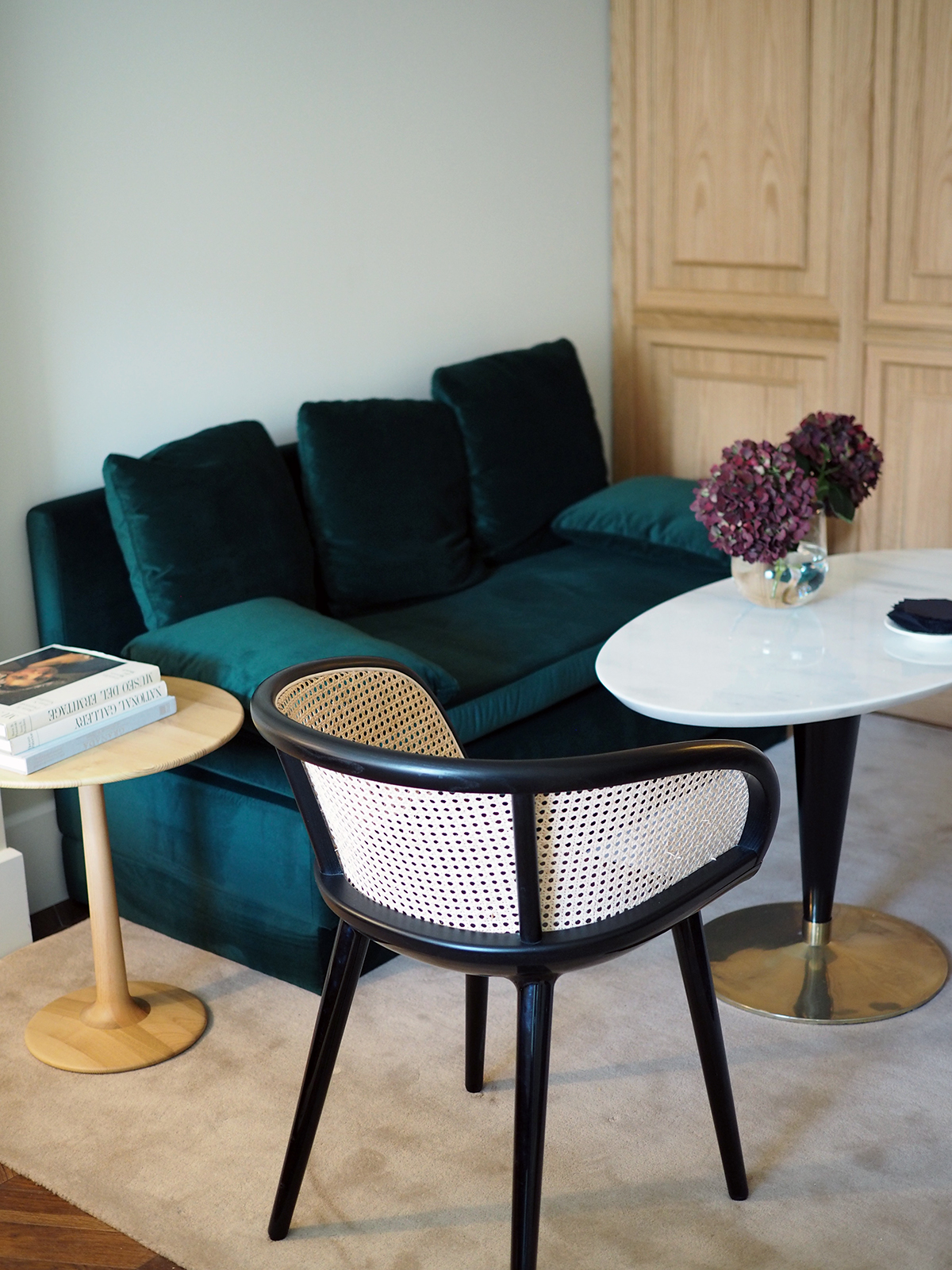 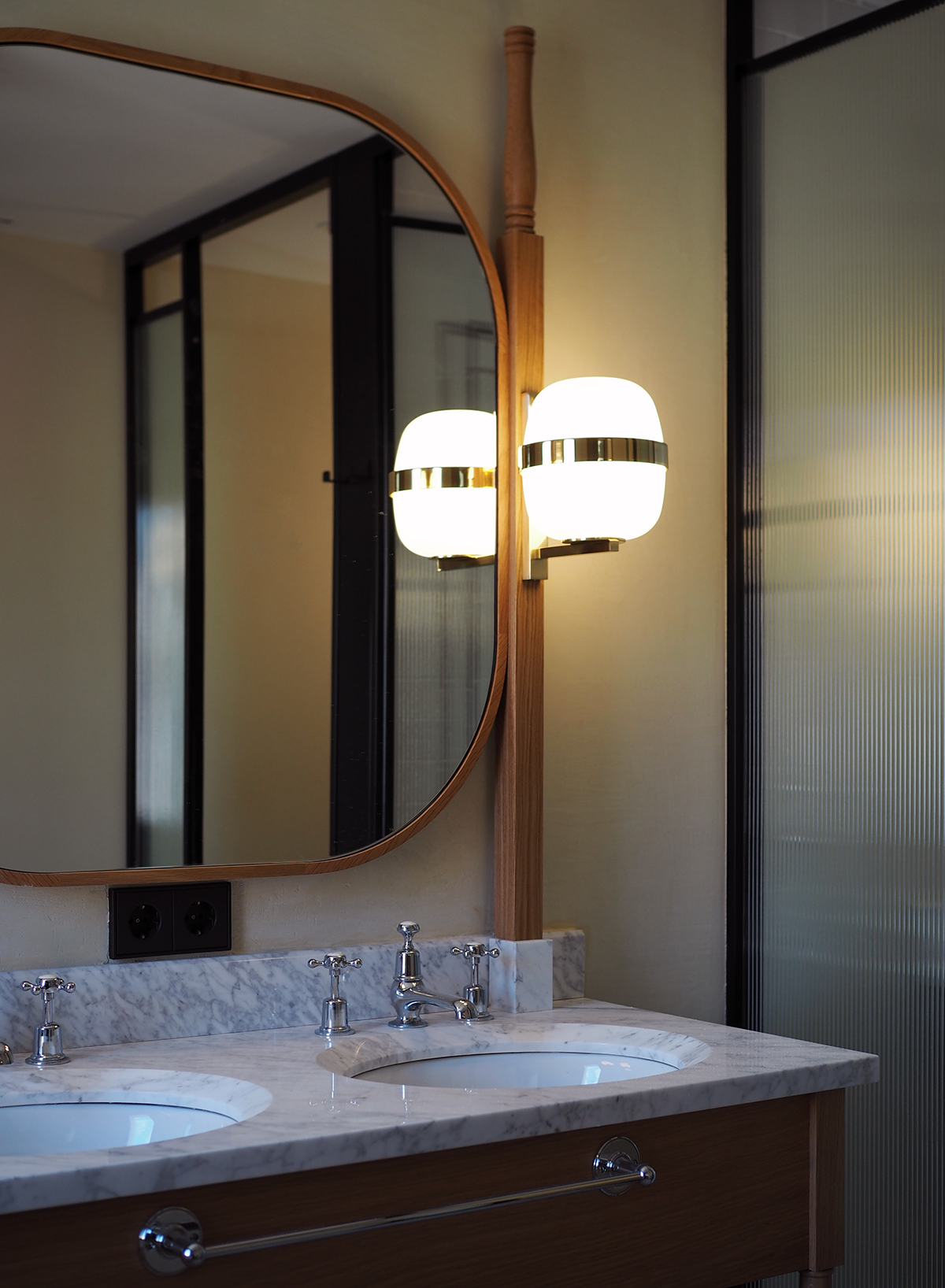 the property’s interiors have been designed by prolific spanish designer and architect lázaro rosa-violan – who also designed the hallmark decor at only you, as well as barcelona’s soho house and cotton house hotel – and whose vision was to create a quintessentially madrilenian ambiance, with a contemporary slant.

we sat down with the man himself to get greater insight into his design philosophy and inspirations, as he shared with us the mood boards and design concepts for each of the social and personal spaces within the hotel. offering 111 rooms, a rooftop pool, basement bowling alley and luxury spa, alongside a gourmet destination restaurant and three bars, bless madrid promises to imbue the property with the hedonistic glamour of old-world madrid, as well as drawing inspiration from the atmosphere of the city rosa-violan experienced growing up. 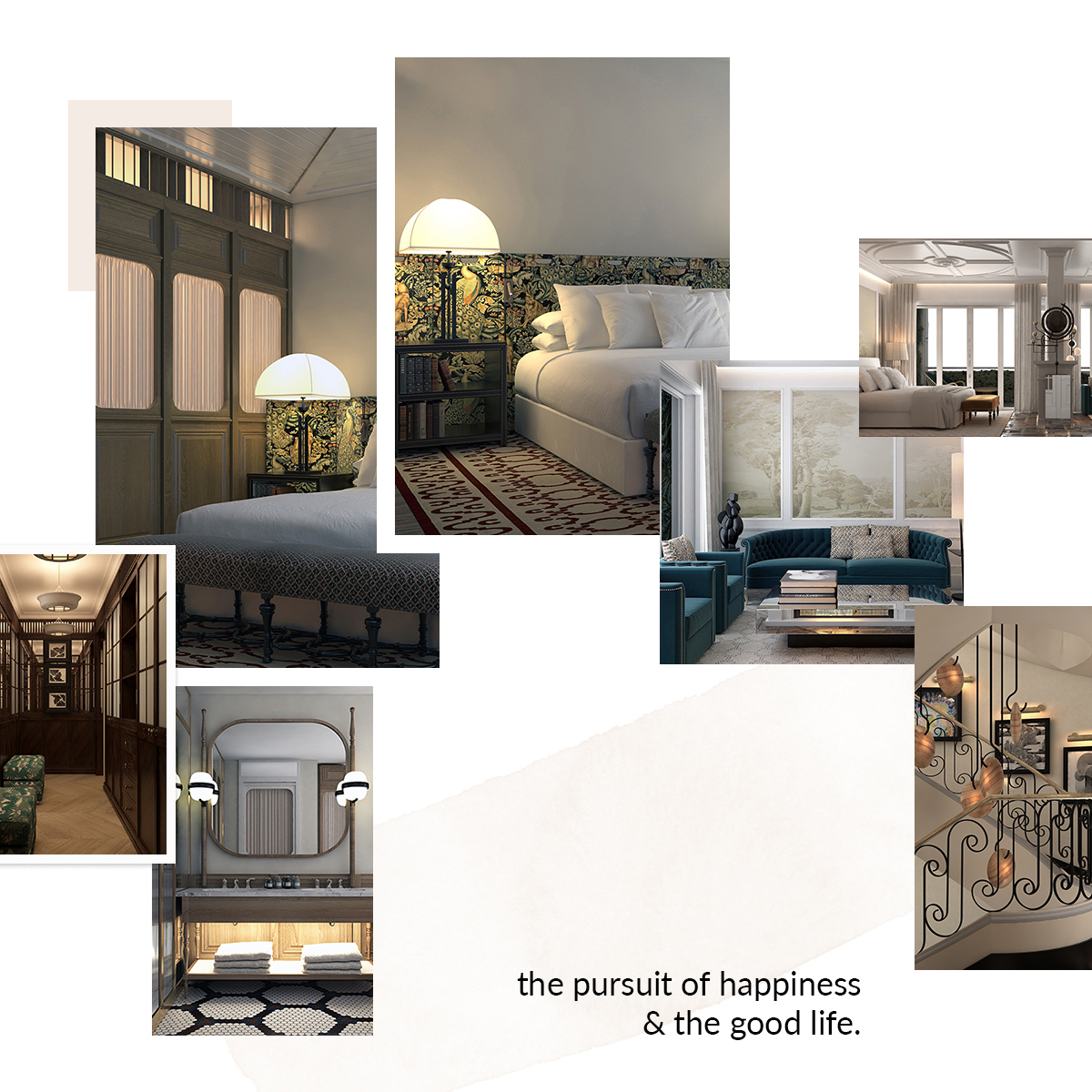 indeed, the whole bless collection hotels brand is built around the concept of hedonist luxury, designed for citizens of the world – modern travellers, sybarites and pleasure-seekers. there is a strong emphasis on leisure and play at bless, which, of course, is the madrileño way; leisurely lunches, lazy cafe afternoons, late evening meals (10pm is the norm), staying out clubbing until 5am, and sleeping until noon. in their own words “bless collection hotels worships the pursuit of happiness and the good life.”

this may mean choosing your own bathing experience with the help of a ‘bathologist’ who will advise on the best selection of scented soaps and salts for a soothing soak in the tub; selecting your own ‘blessbed’ experience from a complete menu of bed sheets and pillows (ranging from crisp egyptian cotton to soft linen); reclining in the madrilien sunshine beside the rooftop pool drinking in the panoramic views across the city; or staying up ’til the early morning hours at fetén, the hotel’s clandestine underground bar complete with retro-styled bowling alley inspired by those which rosa-violan used to frequent in the eighties, when iconic spanish pop star alaska elevated the sport to the epitome of cool by renting out an alley for an exclusive of-the-moment soirée. indeed, the spanish word fetén roughly translates as “brilliant: the absolute best,” capturing the essence of whatever is perceived as ‘in’ at that moment in time. 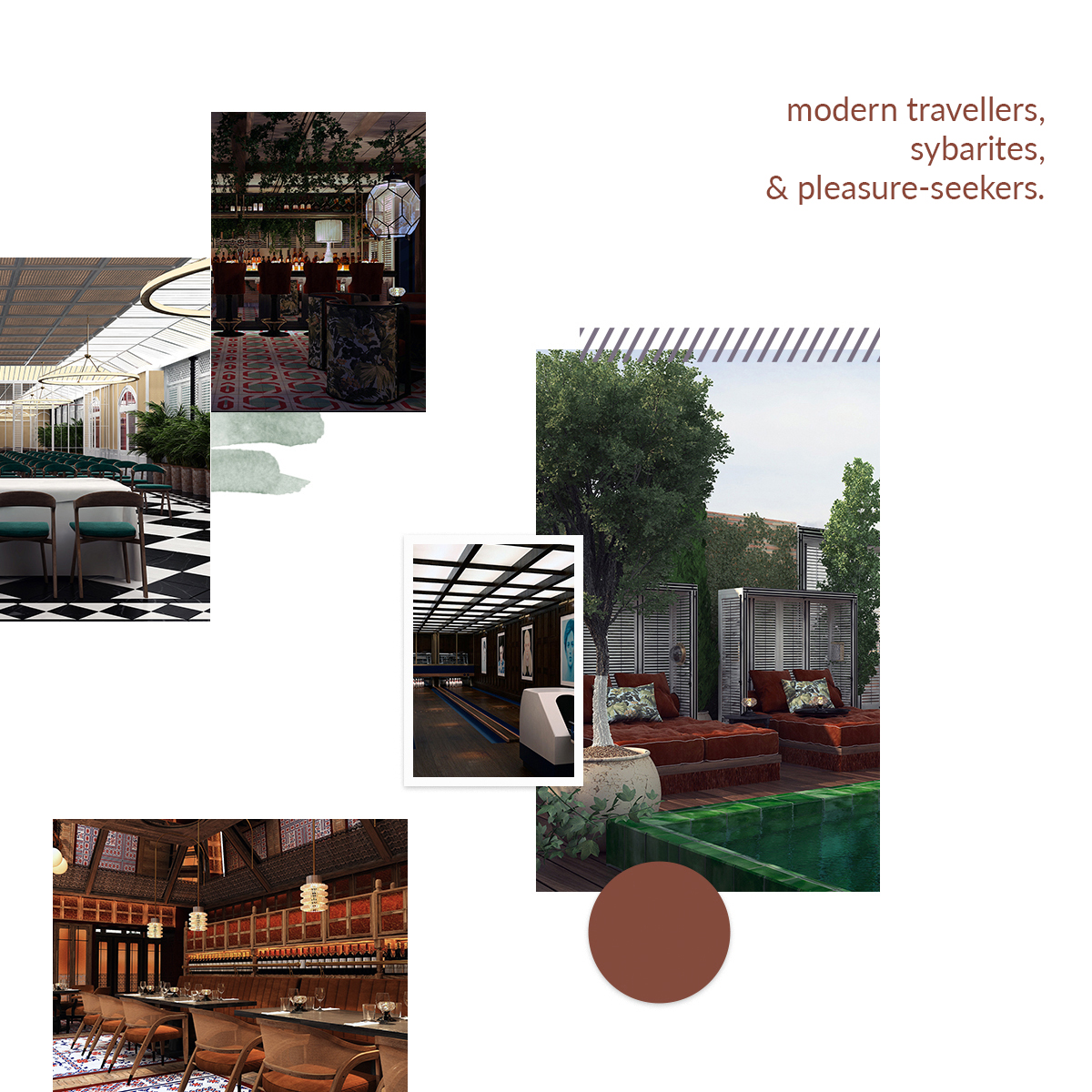 the hotel’s decor palette is inspired by two distinctly madrilien hues; cadero, a traditional shade of siena; and a vibrant green seen across the city in the tiled entryways of old apartment buildings. these two signature shades are accompanied by a plethora of castilian-style tapestries that adorn the walls of the luxury spa, and headboards in each of the bedrooms.

foodies are also in for a real treat, as the hotel’s extensive gastronomic offering will be headed up by world famous basque chef, martin berasategui, holder of eight michelin stars (more than any other spanish chef), and whose signature restaurant at the property, etxeko, promises to become a true destination culinary experience. berasategui will also oversee the hotel’s other eateries, including breakfast and all-day menus. 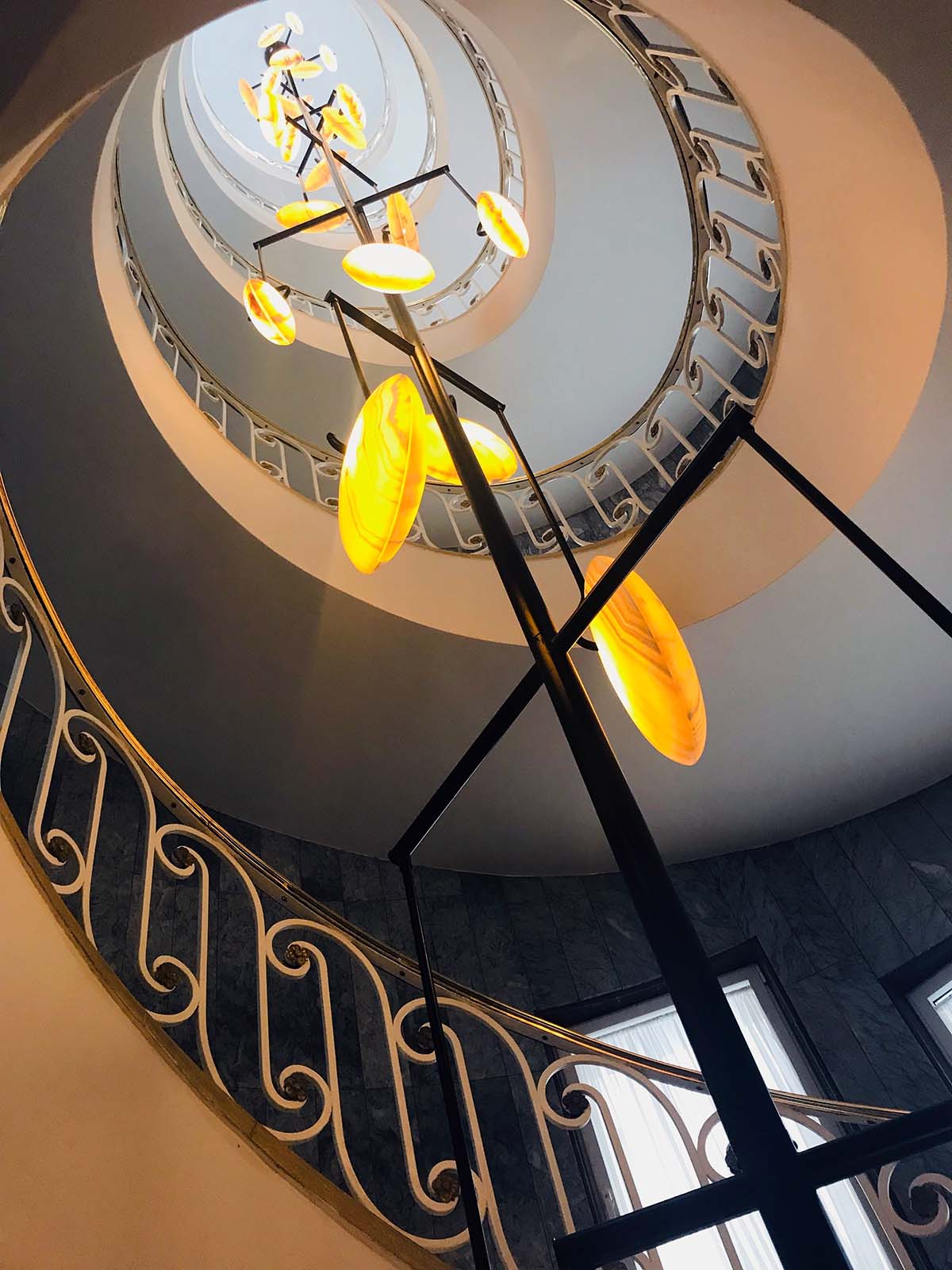 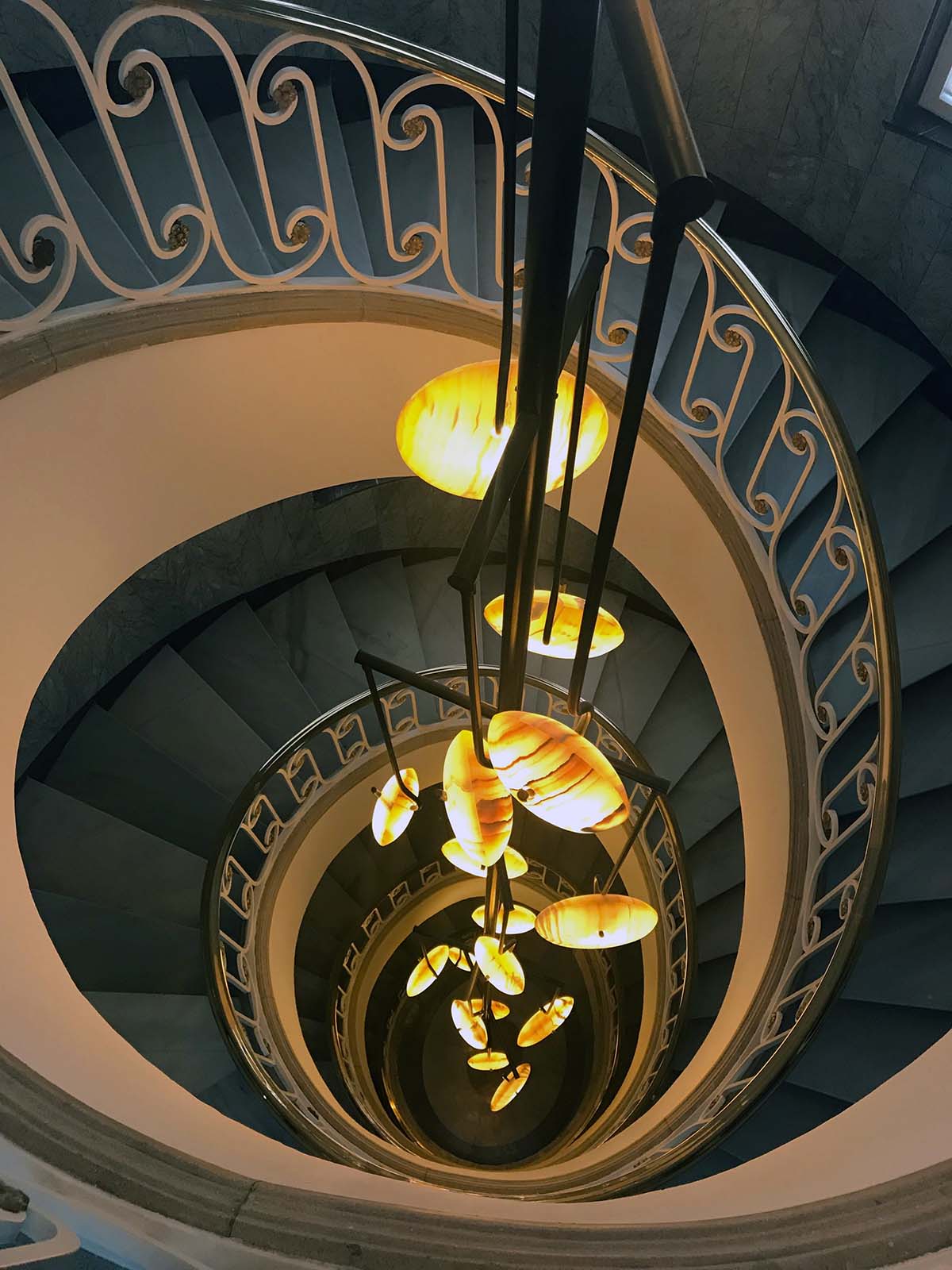 as we made our way around the interior shell of the hotel, amidst workmen sanding floors, fitting tiles, and plastering ceiling moulds, it was intriguing to see how each of the hotel’s defined social areas would slot together to form the overall sensory experience of the brand concept.

the whole property centres around a large sweeping marble staircase, preserved from the old hotel that previously occupied the site and lovingly restored to emphasise the grand glitz and glamour of madrid in it’s pre-ware heyday. we took a peek inside several of the residential suites on one of the upper floors, where bedroom bathtubs sat resplendent in bay windows, proffering views of chic residential facades across the street, and built-in cabinetry adorned with chic herringbone fabric and polished brass hardware. 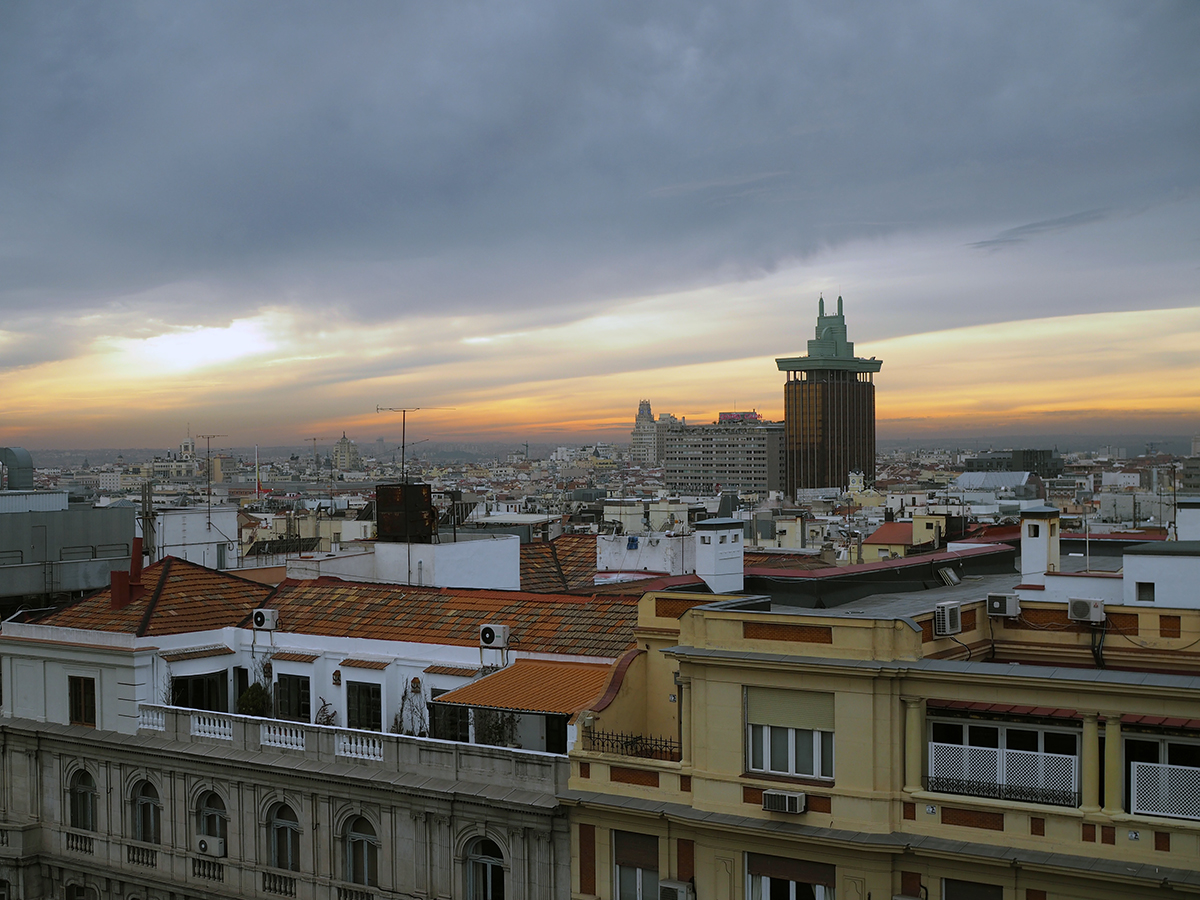 making our way up to the roof – sidestepping the gaps in the flooring where cabling and pipes were still being laid – we took in the panoramic vista of the city from the hotel’s enviable vantage point, high above the rooftops of the residential properties that surround. the sun was setting, bleeding shades of ochre and crimson into the late november skies, and it was easy to see this space soon becoming a fast favourite for well-heeled madrileños and the jet-set glitterati, flocking to the green-inlayed pool on hot summer days, reclining on the plush siena cabanas, and sipping gin and tonics at the alfresco bar. 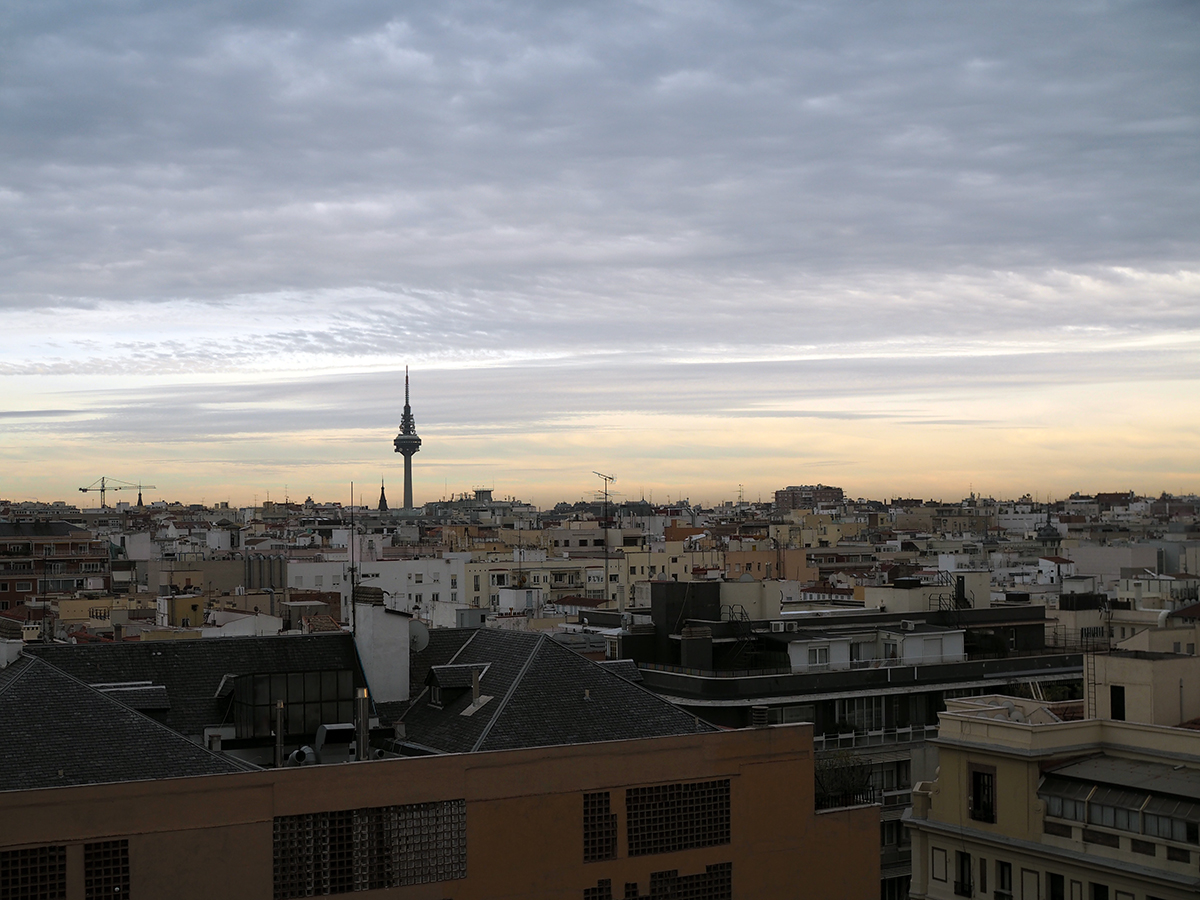 i’ve so much more to share with you from the spanish capital – even given the ridiculously short amount of time i spent there – so do keep your eyes peeled for a little city guide, coming soon..!

fabric of my life was hosted in madrid by palladium hotel group, but all opinions and photography (excluding mood board renders) are my own. 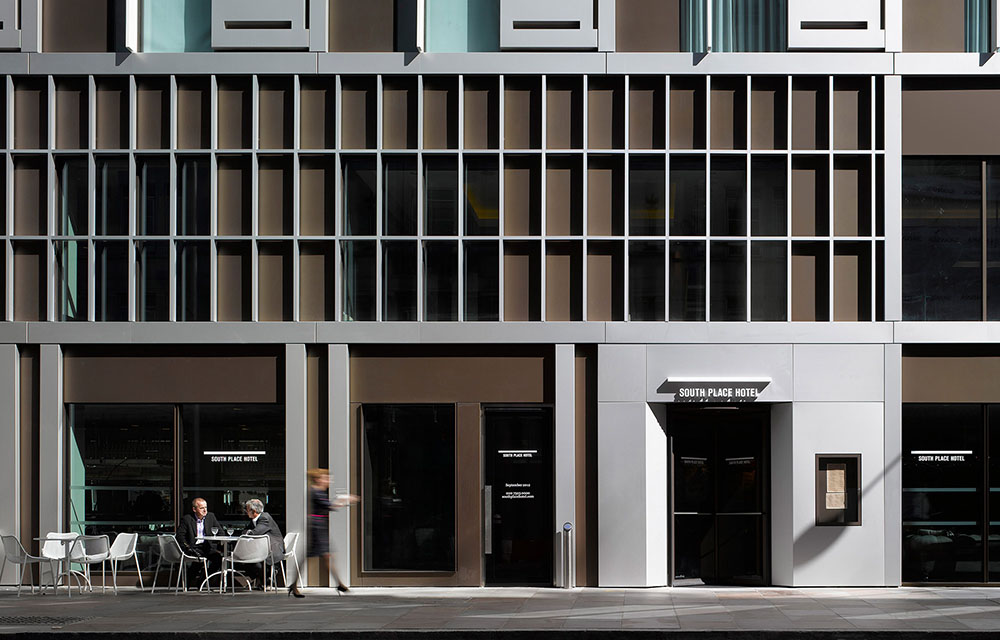 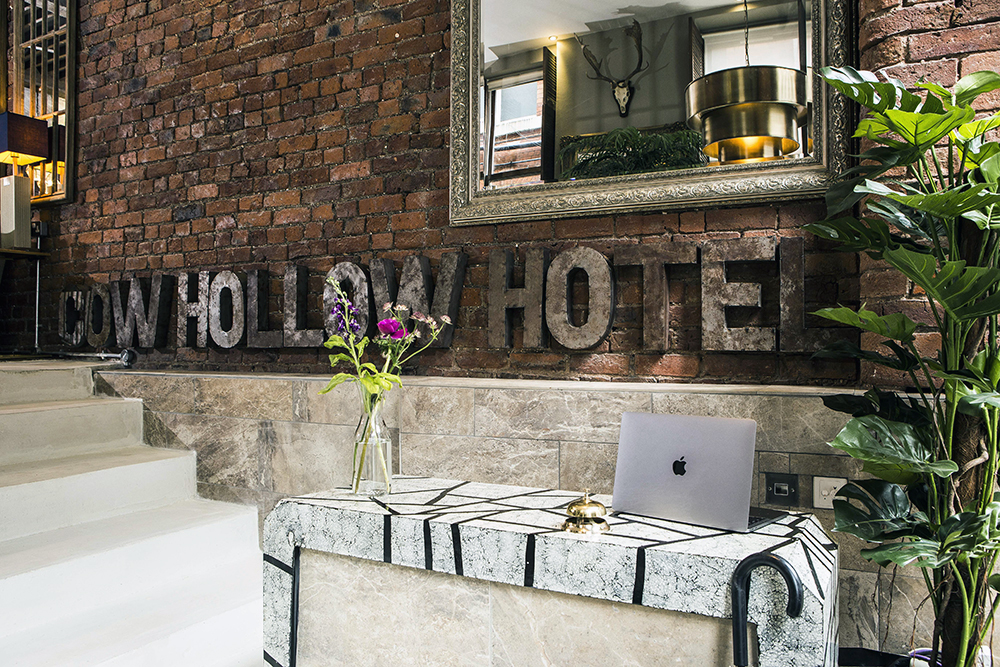 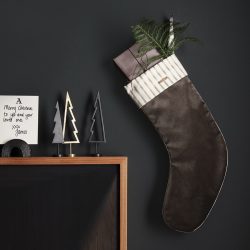 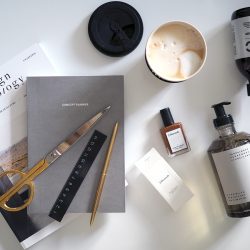